World War Toons on PlayStation VR was a huge success at E3, so when we found out that we were going to be showing the game at this year’s PlayStation Expo we couldn’t wait to tell you what we’ve been working on.

We weren’t content with just showing a new trailer, or unveiling a new character, but doubled down to include a new control scheme and a new level as well. We’ve been working hard to create a first person shooter that not only appeals to virtual reality enthusiasts, but remains true to the things FPS fans love.

For the trailer, remember that Reload Studios is comprised of more than just ex-Call of Duty devs; we have veteran animators from Disney and Marvel as well. So as we were thinking of creating this trailer, we drew on their talent to create something special that showed what World War Toons is all about and how fun a family friendly FPS can truly be. It’s got a heavy dose of Looney Tunes, and we think you’re gonna love it. 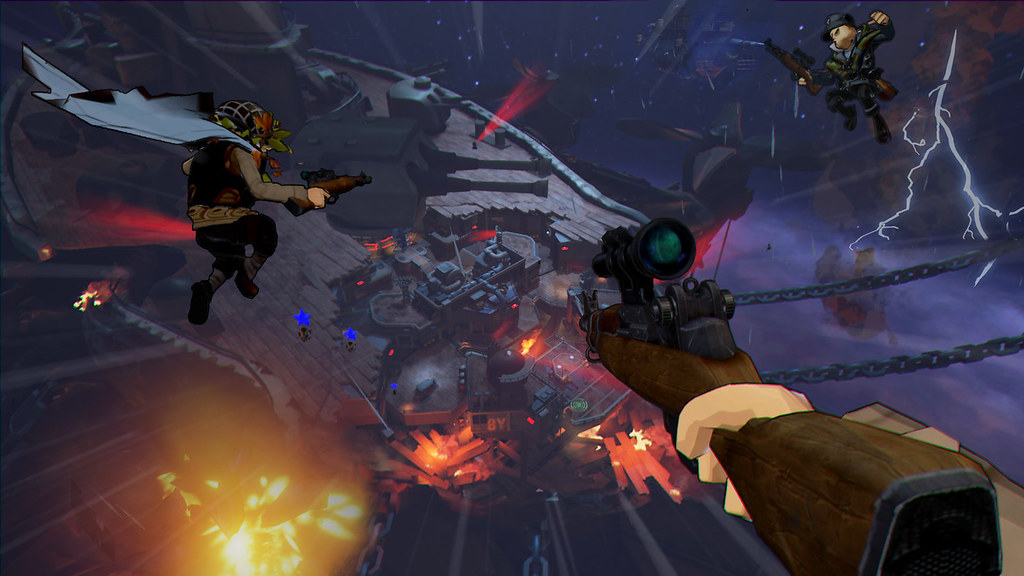 Designing for VR presents its own challenges as well. We realized early on that the traditional FPS controls that utilised both thumb sticks would not work since that’s a sure-fire recipe for simulation sickness. We’ve tried countless control schemes, and have a new one that only uses the left thumb stick in a four-directional movement. This way the controls still feel comfortable for FPS enthusiasts and, most importantly, lets players use strafing movement that’s so important to FPS controls WITHOUT making you feel sick. It’s true, no fooling.

We’ve stuck to our FPS roots, but aim to find new ways to play old game modes. Our new level, Dread Zepplin, pits enemies against each other in a classic King of the Hill battle, but the catch is that it’s taking place on a massive airborne battleship. All players have to do is control the point long enough for the cannon to destroy their enemy’s ships. The first team to destroy all three enemy ships wins.

Finally, we’re thrilled to unveil our latest character: the Sniper. Armed with an M1 Garand, the Sniper takes aim and obliterates any enemy in his way. The Sniper also comes with an interesting ability designed for VR – when he looks through the scope, he sees his opponents’ heads as cartoonishly HUGE! Without risking sim sickness in VR from rapid zooming, this allows him keep his focus on the game around him and make those ever-important headshots. 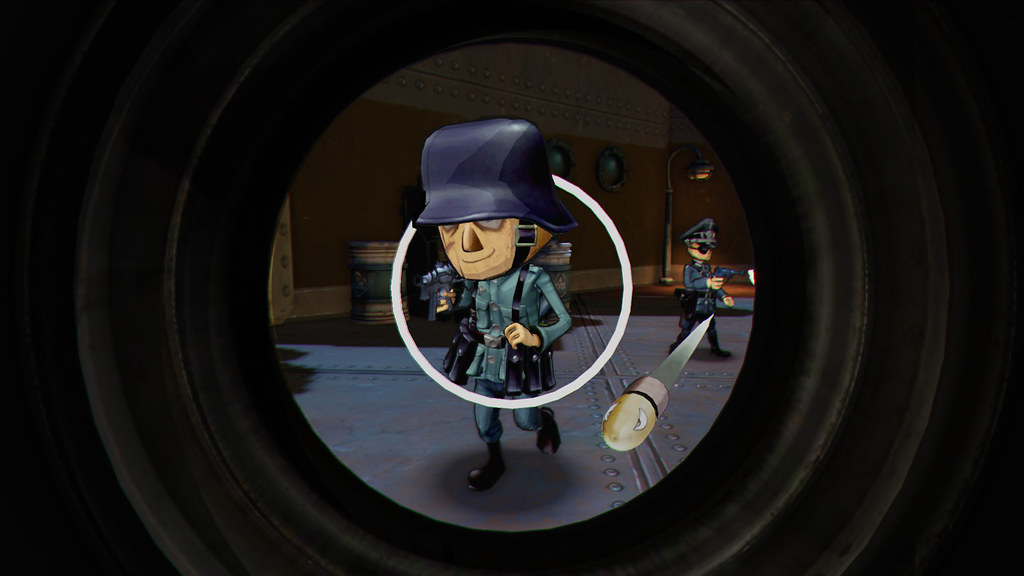 We’re excited to unveil everything that’s new to World War Toons, and we can’t wait to get the game into your hands. This is just the start of all the exciting things we have planned, so as we like to say at Reload Studios, “Stay Tooned.”

If you have any questions about developing for VR or reinventing the FPS wheel, let us know below!