Check out the new Severed trailer, from the team behind Guacamelee!

Hi PlayStation Blog! How are you today? Graham from Drinkbox Studios here. You might remember us from such games as Tales from Space: Mutant Blobs Attack!, or Guacamelee!. We’re the studio that loves using punctuation in our game titles.

It’s been awhile since we’ve posted anything about our upcoming PS Vita game Severed. We’ve had our heads down working hard finishing up development, and we’ve just put together a brand new trailer that we’re excited to share with you all. Check it out!

In Severed you play as a one-armed warrior named Sasha, who wakes up in a surreal new world after a catastrophic event. After obtaining a living sword from a mysterious cloaked creature, Sasha sets off on an epic journey in search of her missing family. 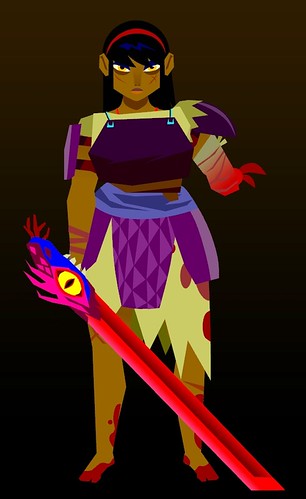 Combat in Severed is done primarily using the touchscreen. HOLD UP! Before you start rolling your eyes at the word “touchscreen” with thoughts of Fruit Ninja rolling through your head, please let me explain in more detail. Severed is definitely not a casual game. In fact, we think that using the touchscreen for sword combat has allowed us to make the game a much more deep and complex experience than button-based sword fighting ever could have been.

Each monster in Severed requires a different strategy to deal with, and once you’ve figured out how to deal with a single enemy you’ll quickly be presented with multiple enemies of different types at once. 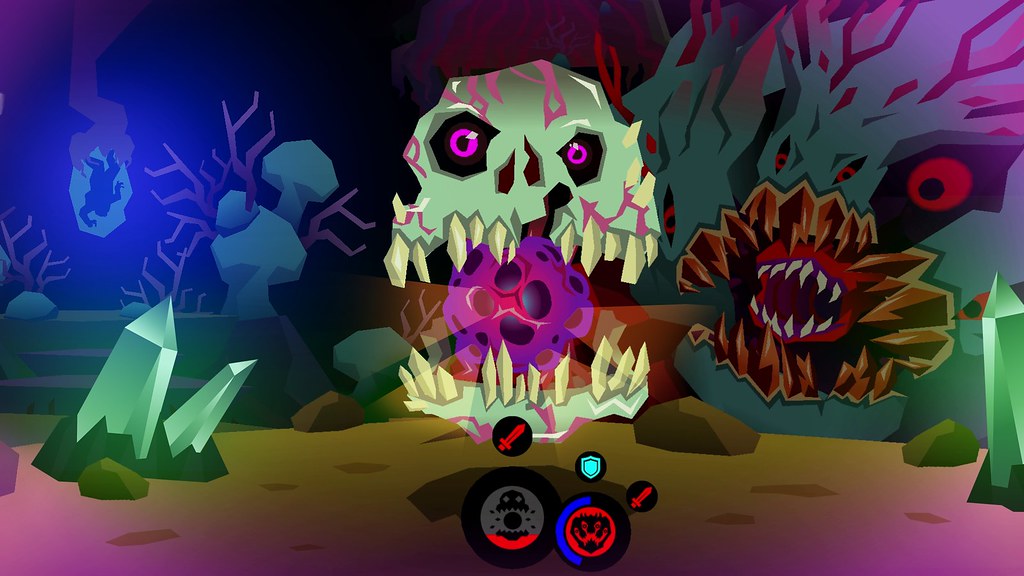 Hey monsters! Can’t we all just be friends?

Sasha has a “focus meter” that increases by fighting enemies efficiently. Once full, the focus meter grants the ability to enter “sever mode” where you can throw enemies into the air and sever off their vulnerable limbs. These enemy pieces are used to upgrade Sasha’s abilities, a necessary requirement to be effective against increasingly difficult enemy combinations later in the game. 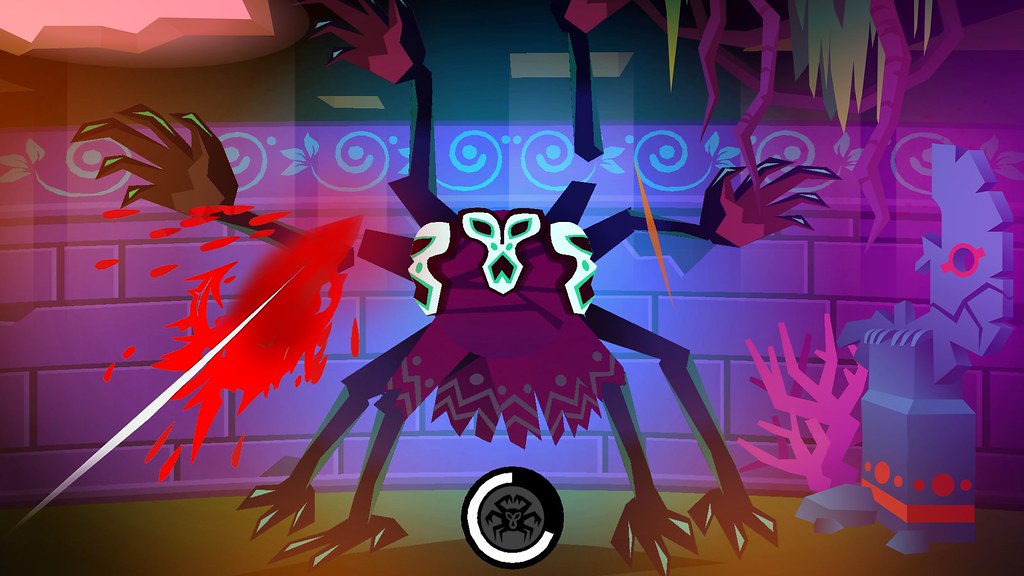 As you progress through the game’s dungeons, you’ll encounter more powerful Boss monsters that each have unique abilities. Severing these bosses will leave behind a carcass which Sasha can wear to gain the ability of that boss. While the gameplay of Severed is in 1st person, you can keep track of how your character looks by checking the game’s upgrade screen, or via mirrors you’ll find throughout the world. 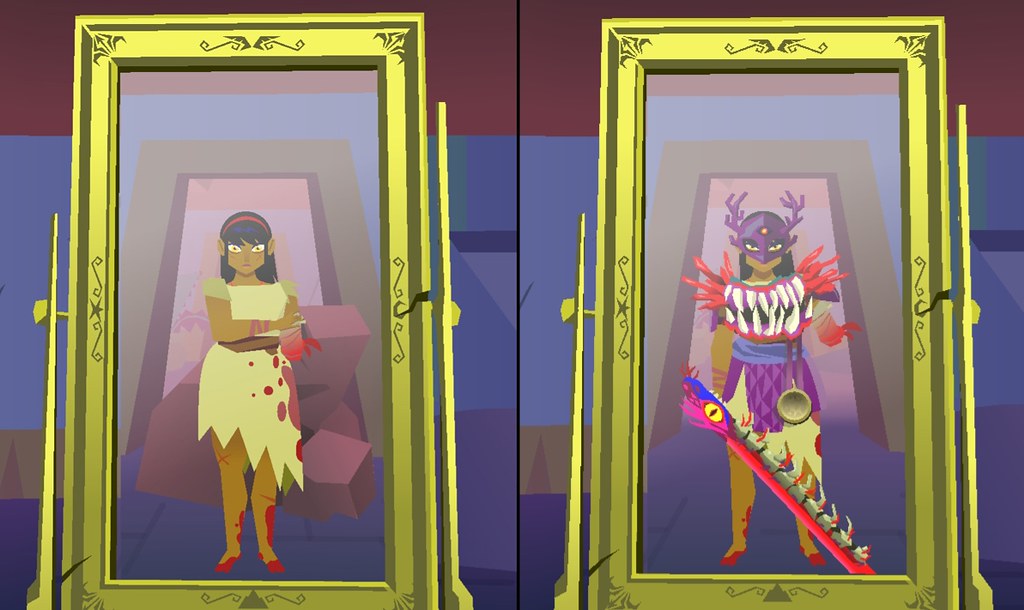 Before & after: Sasha is starting to look pretty bad-ass!

But wait! There’s more to the game than just combat! Severed takes place in a large open world filled with secrets to uncover. Each dungeon will present you with new puzzle mechanics that will be required to solve impassable barriers. Over the course of the game you’ll also find yourself re-exploring old sections of the world, using newly acquired powers to open pathways to hidden surprises, challenges, and rewards. 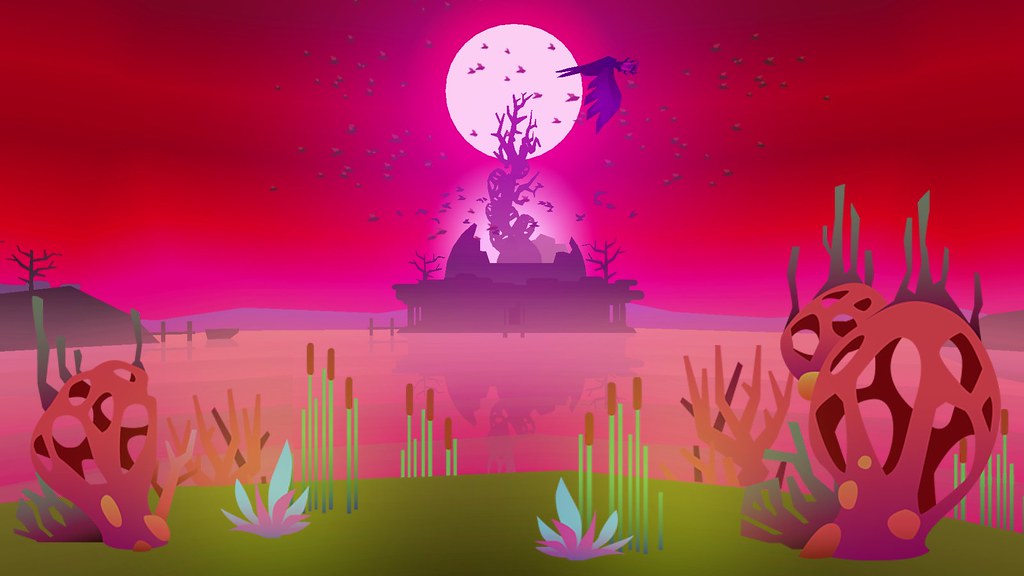 So many birds, and me without a hat!

The post Check out the new Severed trailer, from the team behind Guacamelee! appeared first on PlayStation.Blog.Europe.