Christmas Pro Tip: Charge and Update All Gifts With Batteries and/or Firmware

iPhone Gaming
Editor's Note: We posted this article last year, and I still think it's one of the most useful tips when it comes to gift giving this holiday season. Arguably, the problem of endless day zero updates has only gotten worse over 2015. While the iOS update process is reasonably speedy, some console titles released this year required updates that were bigger than the game itself before you can even play them. Tony Hawk Pro Skater 5 was probably the most notorious, requiring a 7.7GB update on first launch. So, if you want to give someone a gift and save them the trouble of all sorts of updates, reboots, and charging do 'em a solid and get all that annoying stuff out of the way before you wrap your presents. If you're already doing this, good on you, feel free to stick around for one of the craziest comment sections we saw in 2014. 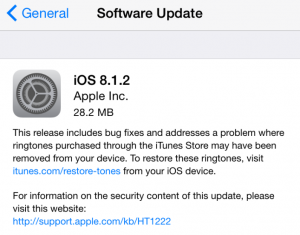 As gadgets have gotten more complicated over the year, so has giving them as gifts. Back in my day, when you got a Nintendo for Christmas, you unboxed that beast as fast as you could, got your Dad to hook it up to the TV, and you were playing as fast as you could ram a cartridge in it and hit the power button. These days, things have changed.

If you're planning on giving anyone a gift this Christmas which has batteries or firmware, the absolute best thing you can do today or tomorrow is get them all set up beforehand. iOS devices likely won't come loaded with the latest version of iOS, which doesn't take that long to update but you're likely far better off doing it today than being on the Zerg rush of new device activations/updates Christmas morning. Similarly, while iOS devices typically come with a decent charge out of the box, there's no harm in making sure they're topped off for the inevitable marathon usage session any new iPhone or iPad receives the first day you've got it.

If you're gifting someone a game console, you need to get that puppy cooking with both updates and (depending on the system) game installs. Like, right now. Even under ideal conditions, the Wii U, Xbox One, and PS4 will take hours to get updated. To speed things up further, insert the disc of whatever the most recent game you're getting with the system is. Game discs these days include the minimum firmware version they need to run. Installing your first huge firmware update from disc will be much faster than downloading it. From there, you should only need to do some minor point updates which likely won't be that big of a deal comparatively. 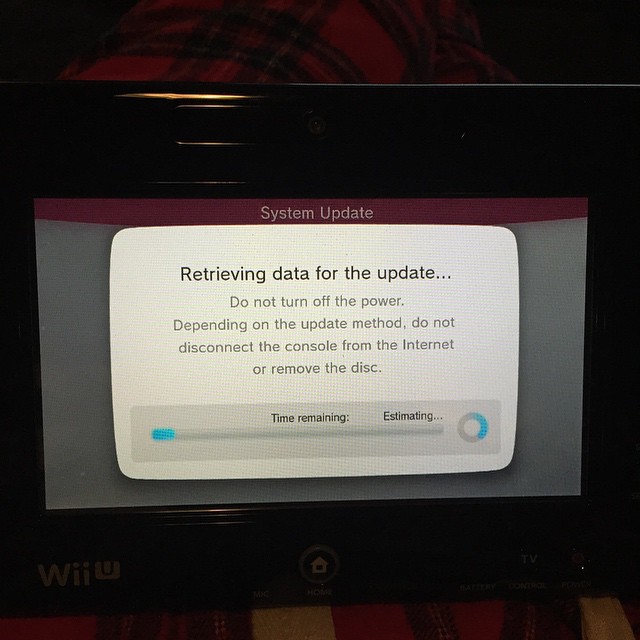 Nearly all console games now require some form of patching or install before they'll run. This can also take a very long time, particularly when it comes to huge PS4 or Xbox One games. Updating the console firmware is a major step forward, but if you really want to give an awesome out of the box experience where your gift recipient can just play everything right away, load up each game and do everything you need to do to get to the point where it will allow you to play it. If you don't know that much about consoles, that's fine, these updates and installs are incredibly self explanatory and usually only require hitting one or two buttons.

From there, just like iOS devices, it's not a bad idea to top off the included batteries of any controllers. The Wii U game pad doesn't come with much of a charge, and neither do PS4 controllers. (I don't have an Xbox One yet, but I assume they're also similar.) It's wild we live in a world where you basically have to pre-game your gadget gifts, but, here we are.

Obviously the only exception to doing this is if you think there's a chance any of your gifts will need to be returned. Many places have pretty brutal return policies when it comes to open box games and electronics, but this varies wildly by retailer. Usually all that info is on the back of your receipt, or if nothing else a quick Google search should be able to tell you how much of a hit (if any) you'll take on a restocking fee if you crack open your games/consoles/iPhones/iPads to get them rolling beforehand.

UPDATE 12/24/14: Guys, this advice is intended for people giving tech gifts to people who aren't tech savvy. No one is trying to deprive you of your fresh hard drive smell or the exquisite pleasure of slowly peeling off pieces of protective plastic. Since it wasn't clear enough, if you're giving a gift to someone who is very young,
very old, or otherwise doesn't understand the concept of "OK now wait two hours while updating before you can use it," consider doing them a solid and updating/charging your gifts first.

What you need to know about Samsung's foldable Galaxy Z Flip