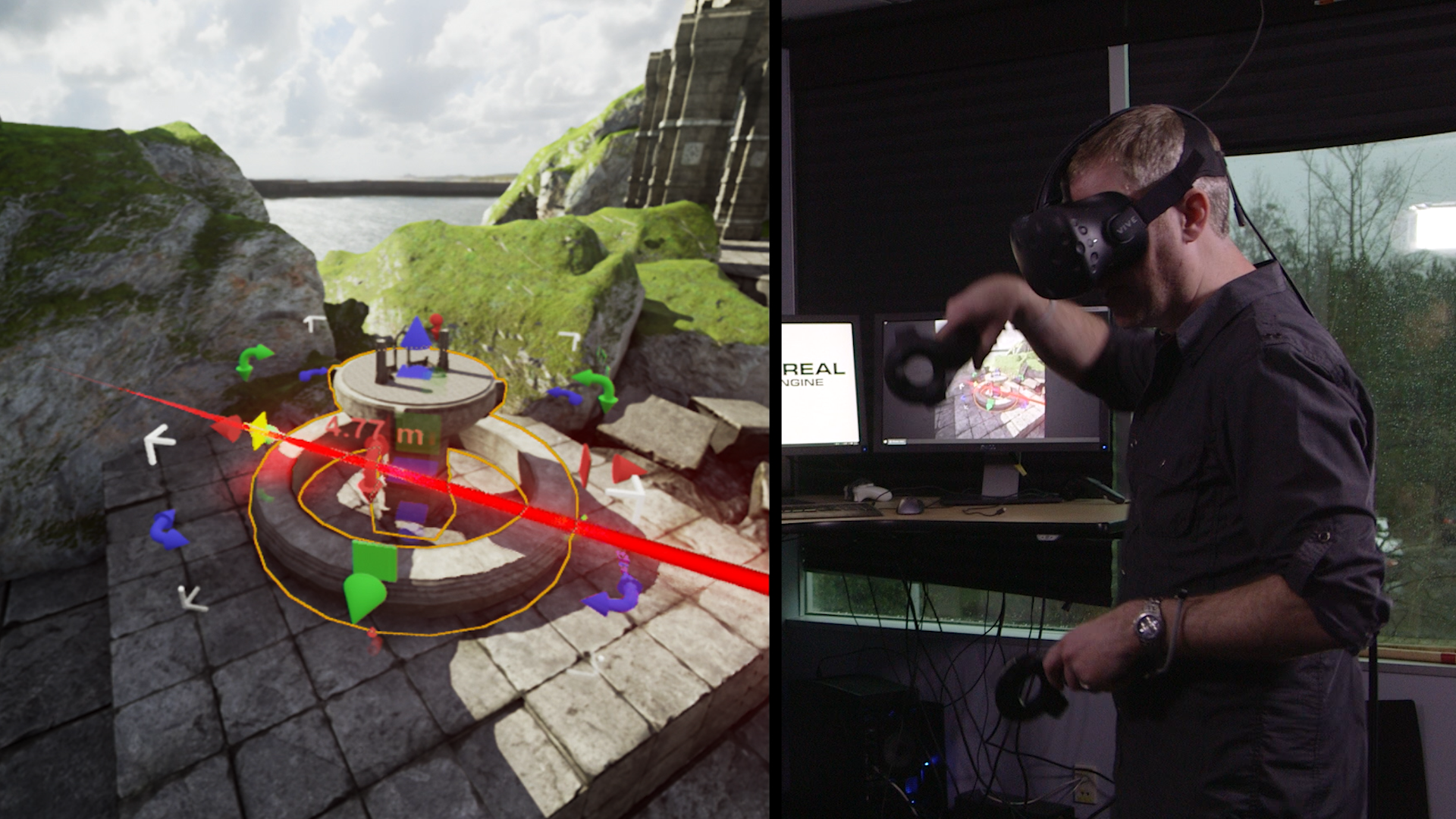 Epic Games has been teasing "the future of VR development" recently, and the team is finally ready to tell everyone what that is: Creating virtual reality content within virtual reality itself, using the full version of its Unreal Engine 4. Epic cofounder Tim Sweeney says that while the company's been supporting the likes of the Oculus Rift from the outset, the irony is that, up to this point, the experiences we've seen so far have been developed using the same tools as traditional video games. "Now you can go into VR, have the entire Unreal editor functioning and do it live," he says. "It almost gives you god-like powers to manipulate the world."