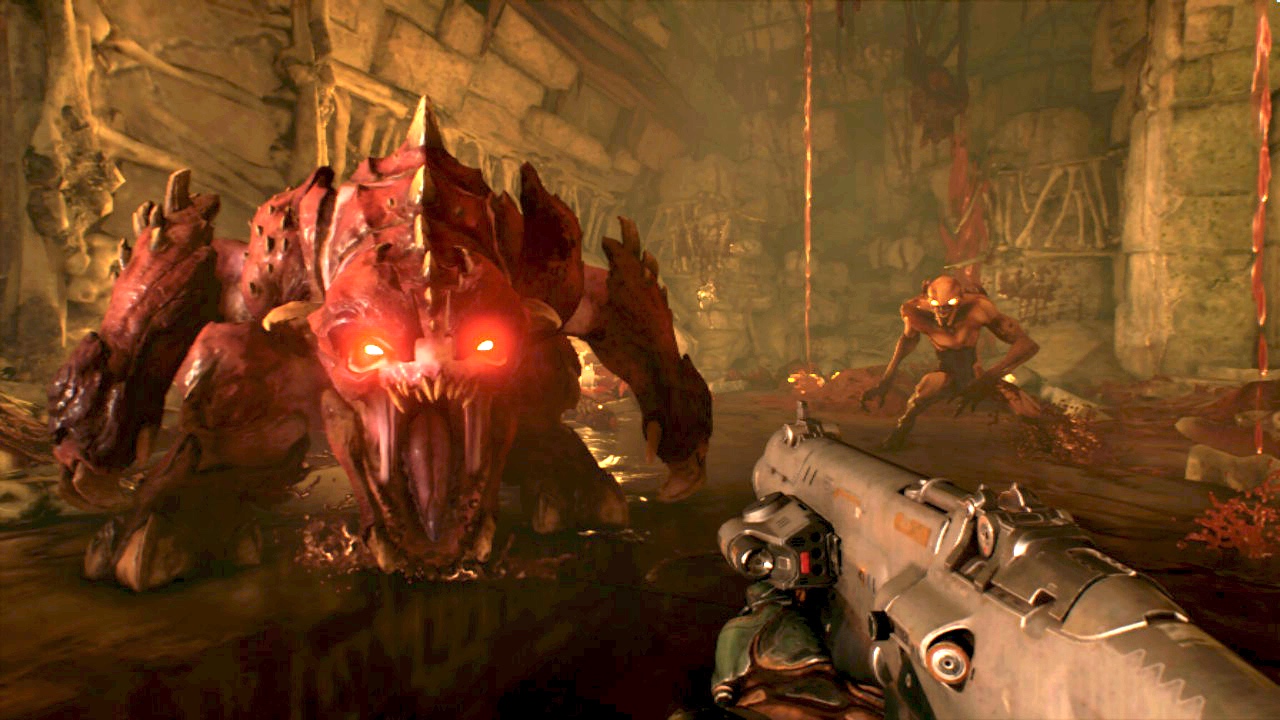 Turns out that you won't have to wait too long to raze some Hell on your Nintendo Switch. That's because Doom will be released this November 10th, only a few short weeks from now. How's it look? Based on the video below, good and it seems to play just as fast, but it's a little soft/hazy compared to the PC, PlayStation 4 and Xbox One versions. That's to be expected though, because the Switch is running on a standard NVIDIA Tegra X1 chip versus the PS4's and Xbox One's AMD Radeon processors. What's impressive is that the game's fancy lighting tricks appear to be intact. However, the video doesn't indicate if the game footage was captured during handheld mode or in TV mode.

Readers share their fondest memories of the original Xbox

Put your phone on vibrate! Nobody needs to hear your notifications