Samsung launched the Galaxy A9 Pro in May last year. It features a 6-inch Full HD display, Snapdragon 652 processor with 4GB of RAM and 32GB storage. It has a 16-megapixel rear and 8-megapixel front camera, fingerprint reader, Samsung Pay and a 5,000mAh battery.

Firmware version A910FXXU1BQHB is now being rolled out by Samsung for the Galaxy A9 Pro in India. Weighing in at just over 1.2GB, it brings all of the new features that are part and parcel of Nougat. It also brings a tweaked user interface that’s simpler and smoother than before.

Galaxy A9 Pro users in India should keep an eye out for the update notification. It should arrive on their handset in the very near future. 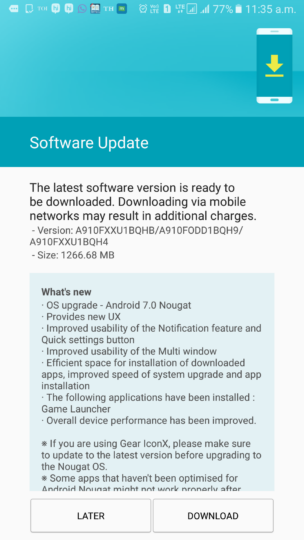 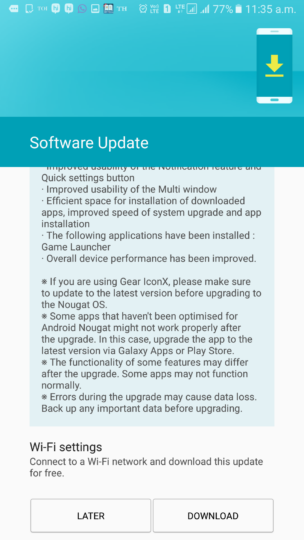 SwitchArcade Round-Up: ‘Monster Hunter Rise’ Announced, ‘Ori & the Will of the Wisps’, ‘Hades’, and Today’s Other New Releases and Sales

The best replacement bands for your 46mm Galaxy Watch