Good News(?), Everyone! – 'Futurama: Game of Drones' Soft-Launches on iOS

Many people figured that Game of Drones would simply be a city-building sim along the lines of The Simpsons: Tapped Out [
Please, Log in or Register to view URLs content!
] but with a Futurama theme instead. Well, that wasn't the case, not at all in fact. Game of Drones is actually a matching game like Bejeweled or Candy Crush. Depending on how you feel about freemium city builders and/or matching games, this was either the best or worst news you ever heard in your life. Well, if you weren't able to check the game out for yourself on Android, perhaps it'll be a bit easier to do so now since Futurama: Game of Drones has soft-launched on iOS in Canada (and perhaps other territories) as of earlier this week. 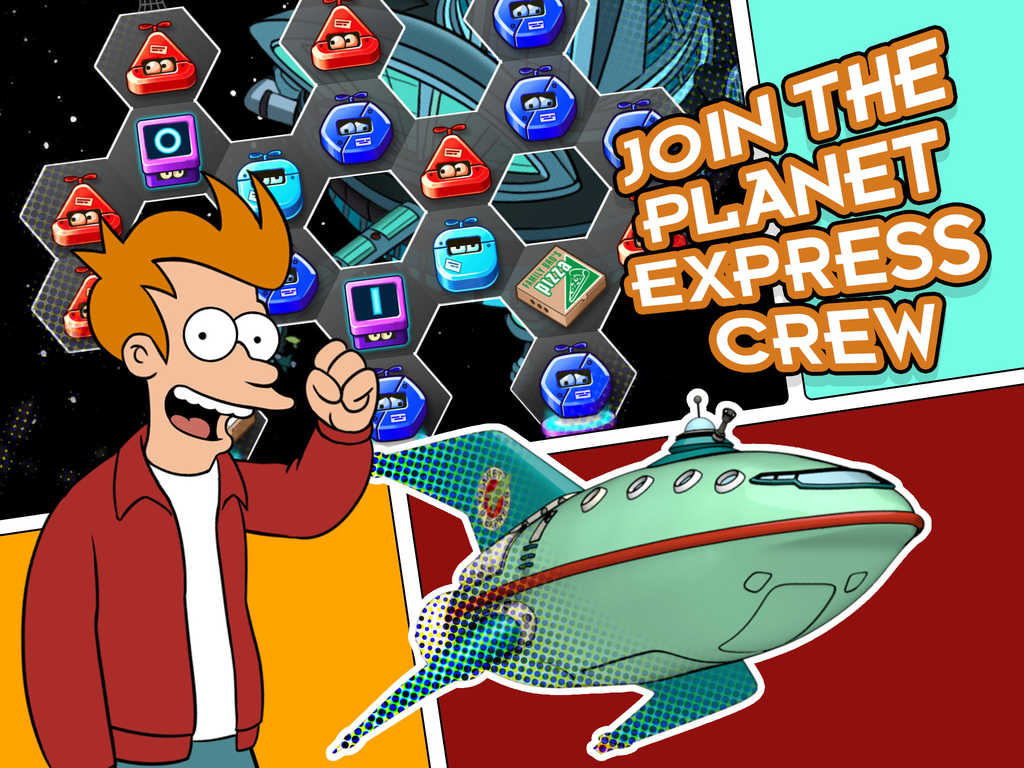 To be honest, as much as I LOVE and appreciate the level of fan service stuffed into The Simpsons: Tapped Out, I've tried probably half a dozen times to get into that game and I just plain can't. And I'm a massive, massive Simpsons fan. So a version of that game with Futurama, which I also love, didn't actually sound that appealing to me. I don't know if a matching game is much better, but I'm at least more open to the idea that I'd like something like that much more than a freemium city builder. I guess the silver lining in all of this is that if Futurama existed in the early '90s then we'd be subjected to a mediocre 16-bit 2D licensed platformer, so it could be worse. Or much better? I kind of like mediocre platformers. Actually, can someone just make an awesome old-school point-and-click adventure game with Futurama please? Ok now I'm just rambling.

Anyway, if you have access to a Canadian App Store account, you can grab Futurama: Game of Drones using the link below, and you can find
Please, Log in or Register to view URLs content!
if you want to read some impressions or leave some of your own. Once we get word of a worldwide release, we'll let you know.