Well, Kung Fury is finally starting to realize its potential with a huge update released this week that adds brand new story mode and 3 playable characters into the mix. The story mode sees our titular character Kung Fury once again face off against the evil sentient arcade machine, which Kung Fury and his crew Triceracop, Hackerman and Barbarianna have actually been beamed into against their wishes. Now they must fight their way out of the arcade game by… playing the arcade game! So meta!


The way story mode works is that the first chapter which features Kung Fury as the playable character is free. Once you've completed that, you'll have to buy the rest of the campaign for $2.99, and that features 4 additional levels. Each of those levels focuses on one of the new playable characters mentioned above: Barbarianna has Chapter 2, Hackerman has Chapter 3, Triceracop has Chapter 4, and Kung Fury reenters the fray for the final battle in Chapter 5. Oh, and it should be mentioned that all the story dialogue is very poorly voice acted (on purpose!) by all the original cast members of the film. Hello cheesy Keanu monotone delivery!

In addition to the story mode DLC, the 3 new playable characters can also be unlocked in the game's original endless mode, which is still present in this updated version of the game. These guys come at a cost as well, and it'll run you 99¢ apiece to unlock each of these characters in endless. Also, any purchases will disable the pop-up ads that occur after each round in endless. 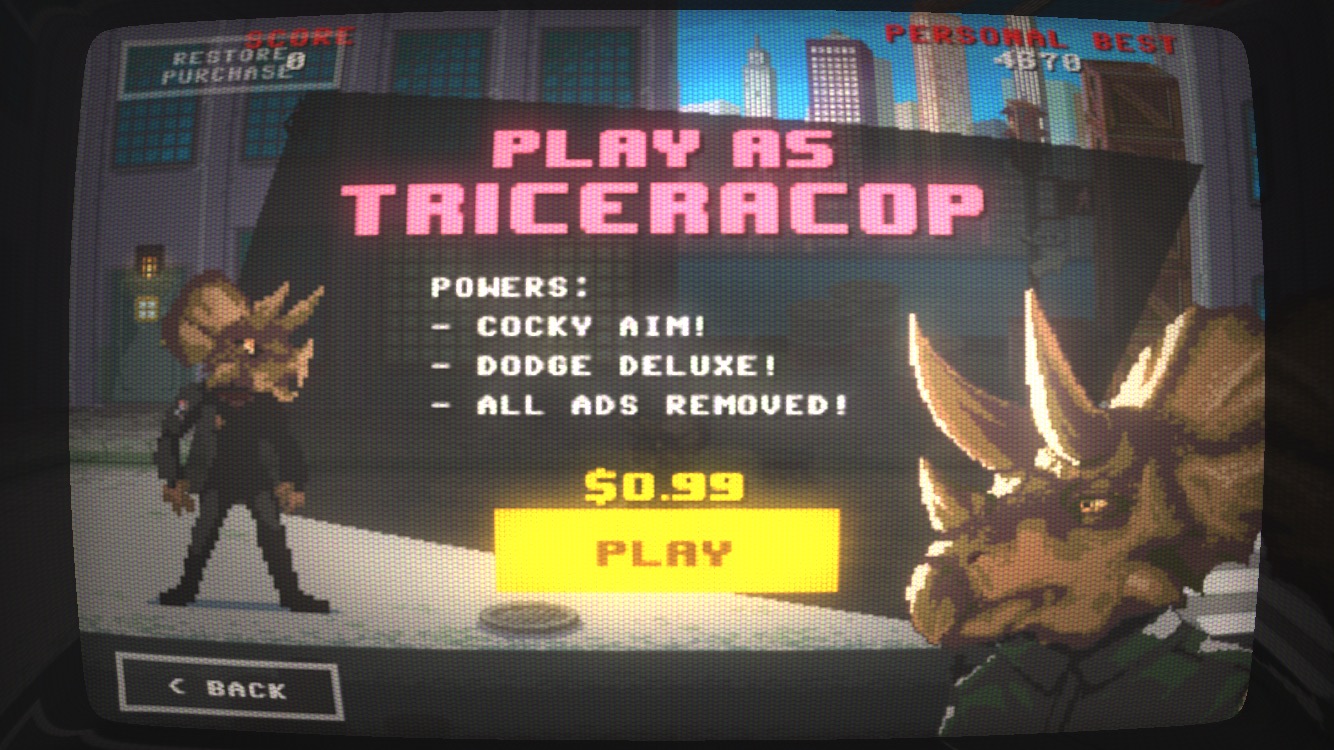 It's not surprising that all this new content is paid DLC, as the game was free and ad-supported to begin with. However, that hasn't stopped some folks from crapping on Kung Fury's rating in the App Store, as unfortunately we've fostered a culture of people who feel slighted when asked to pay anything for a video game on mobile. It's a shame, too, because this sort of additional content is exactly what I like to see and am more than willing to pay for over the option of adding things like timers and in-game currencies in order to try and squeeze some revenue out of a free game.

Anyway, all the new content is totally optional and Kung Fury remains the slick little high-scoring brawler it released as back in May. However, for the grand total of around six bucks, I've got a new story mode to play through and 3 new characters to play as in endless mode, and this now feels like the more fleshed-out experience I always knew it could be.

There are the best PSVR controllers you can buy

Check out the latest screenshots for Assassin's Creed Valhalla

Which Garmin fēnix model should you buy?