Indie games invade the art world at the Megashow festival 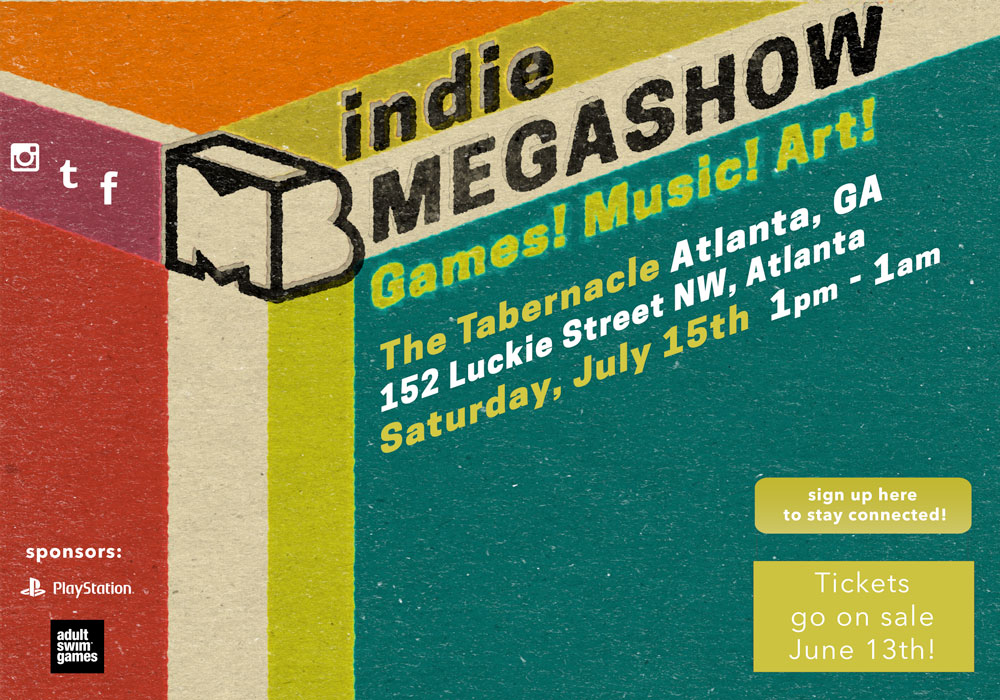 The
Please, Log in or Register to view URLs content!
is the first standalone festival to be spun off from the Megabooth proper: It's a roaming, daylong fair designed to highlight local creatives and bring communities together around video games, art and music. The Megashow will make its debut at the Tabernacle in Atlanta on July 15th.

"Our initial goal was to expose new audiences to indie games and show them that there was this whole other side to game creation," says Megabooth leader Kelly Wallick. "Over time, we've moved so far past that to the point that we have fans and press who specifically come to the Megabooth area to discover content and reconnect with teams and games they love, which is amazing. But on the flip side of this, it has become more challenging to reach new audiences."