Ever since 2008’s Call of Duty: World at War, I’ve hugely appreciated the Zombies co-op mode that has evolved into a series staple. With Sledgehammer Games taking the reins for COD: WWII, I’ve been dying to learn how this talented studio will innovate on one of the most popular cooperative shooters in history.

This is an especially important question since some of Sledgehammer’s founding members were responsible for the horror classic Dead Space! So we tossed a batch of questions at COD: WWII’s Zombies lead Jon Horsley, senior director at Sledgehammer Games, to learn what the studio is up to. Read on to get the first nitty-gritty details on COD: WWII’s Zombies mode, straight from Sledgehammer. 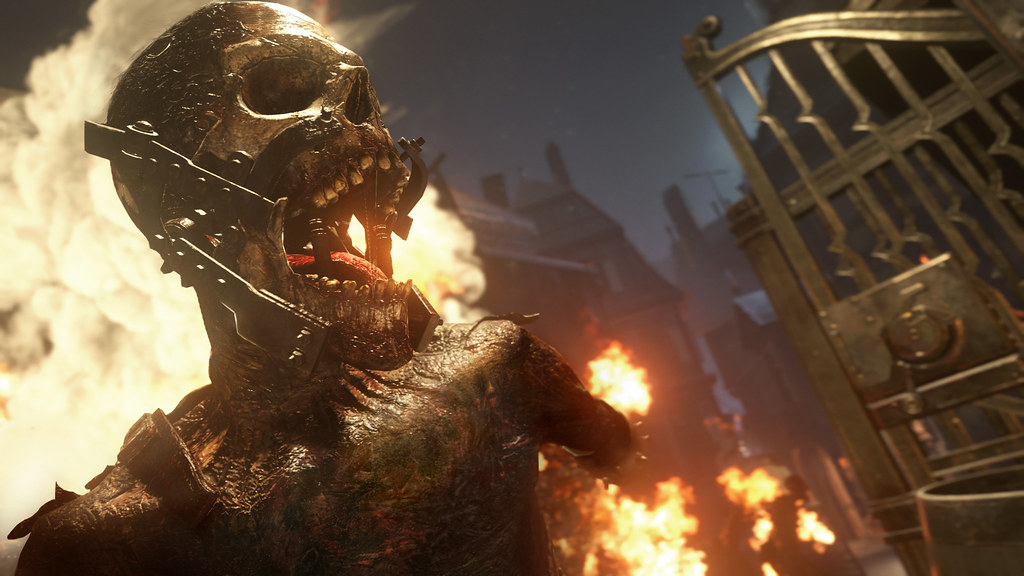 Call of Duty Zombies has always been about four-player cooperative, wave-based combat. Just to set expectations, can we expect the same basic premise behind Call of Duty: WWII Nazi Zombies?
Jon Horsley: Yes, the mode is focused on exciting four-player cooperative combat against waves of increasingly deadly zombies. Call of Duty WWII’s Zombies mode is grounded in a gritty, horrifying setting based on World War II, and we take things to terrifying new levels.

The approach is, of course, rooted in [the studio’s] horror background, so it was a lot of fun to develop this new experience. Our goal was to make this the most terrifying Zombies experience we’ve ever created…

In the trailer, we see a clock tower, sewers, and laboratory. Will players explore the three of these levels?
JH: Zombies will take place in a quiet Bavarian village in Germany in the later years of WWII. Players will be transported to a horrifying corner of the town, where bloody sewers, evil laboratories, and ancient tombs will reveal their dark secrets. It’s an immersive thrill ride, and developing the canvas and the environment the player is immersed in was a fun challenge for our team.

“Interestingly, these zombies retain some of the discipline and purpose of the soldiers they once were.”

The trailer hints at different types of zombies. How far is Sledgehammer going in this direction?
JH:In our story, the Third Reich has built an army of the dead in a last-ditch attempt to save the war effort. Interestingly, these zombies retain some of the discipline and purpose of the soldiers they once were. Each zombie type fills a specialised role as well: there are flaming zombies and running zombies, for example, and they will give you serious problems if you get cornered.

It will take a ton of strategy and teamwork to survive the varied undead soldiers in this mode. Teamwork, communication, and a level head will be key!

The trailer showed a saw blade, which got us thinking… can players use the environment to their advantage?
JH:There are a variety of structures built by the enemy to subdue and constrain the undead. A resourceful player can turn the tables and use their engines of death against them. And saw blades are just the beginning; there are numerous ways to trap and kill your enemies. The environment can be a great ally if you know how to leverage it… 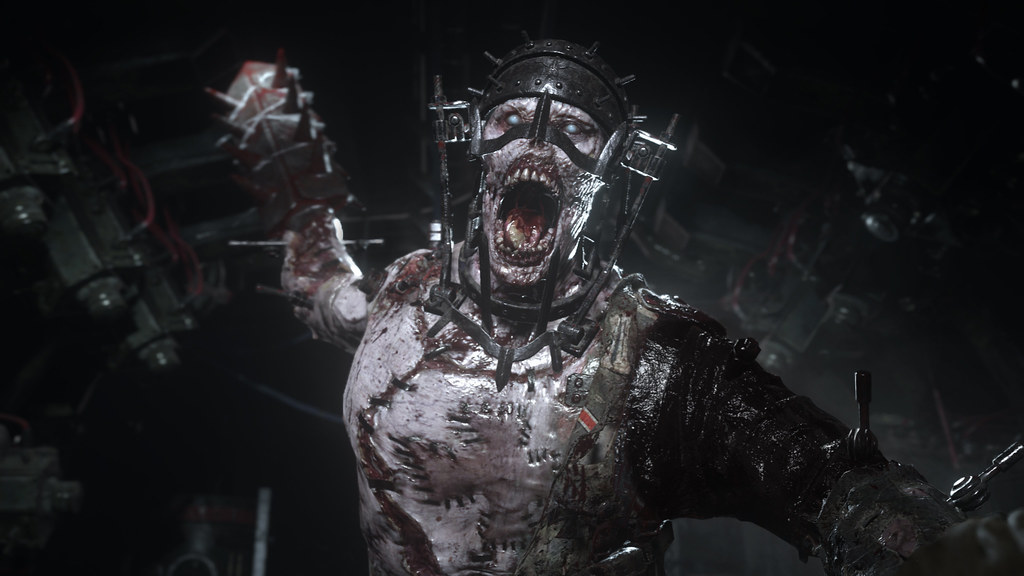 Previous Call of Duty Zombie modes have offered experiences for both hardcore and casual fans. How are you looking to challenge players here?
JH:We introduce and guide new players, but also cater to the hardcore Zombie fans as well. We’re offering new challenges and additional layers of gameplay. For players looking below the surface, there will be many secrets and rewards to uncover — beyond what they’d expect, actually. There will be no guide on that journey. Hardcore players will need to find their own path, their own way. Good luck!

The announcement trailer showed a cage. What’s in it?
JH:That cage contains a special machine constructed by the Nazis, and it’s designed to make their weapons deadlier. But there is something else there which players will need to discover for themselves. 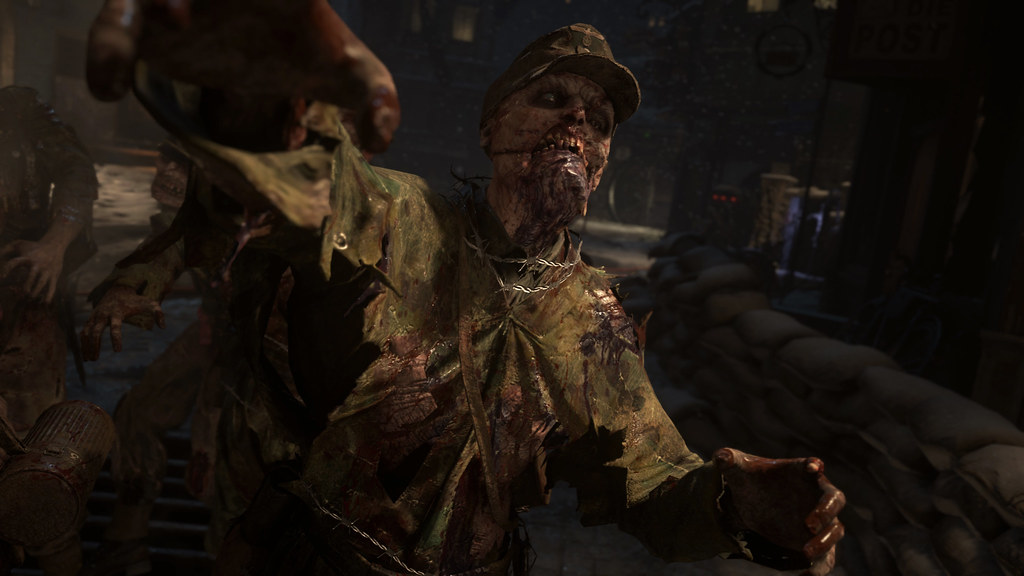 Will Perks make an appearance here?
JH:We’ll provide rewards and upgrades to players, some of which will be temporary and others permanent. Players will recognise these upgrades, but they’ll be presented in a new and interesting way that makes them feel like part of this terrifying world.

Has the Mystery Box evolved? What about the Monkey Bomb? We have so many questions…
JH:You’ll have to wait until November to find out. Though there are hints in the trailer for those with keen eyes…

Forget ANC and give me a stronger connection to my earbuds