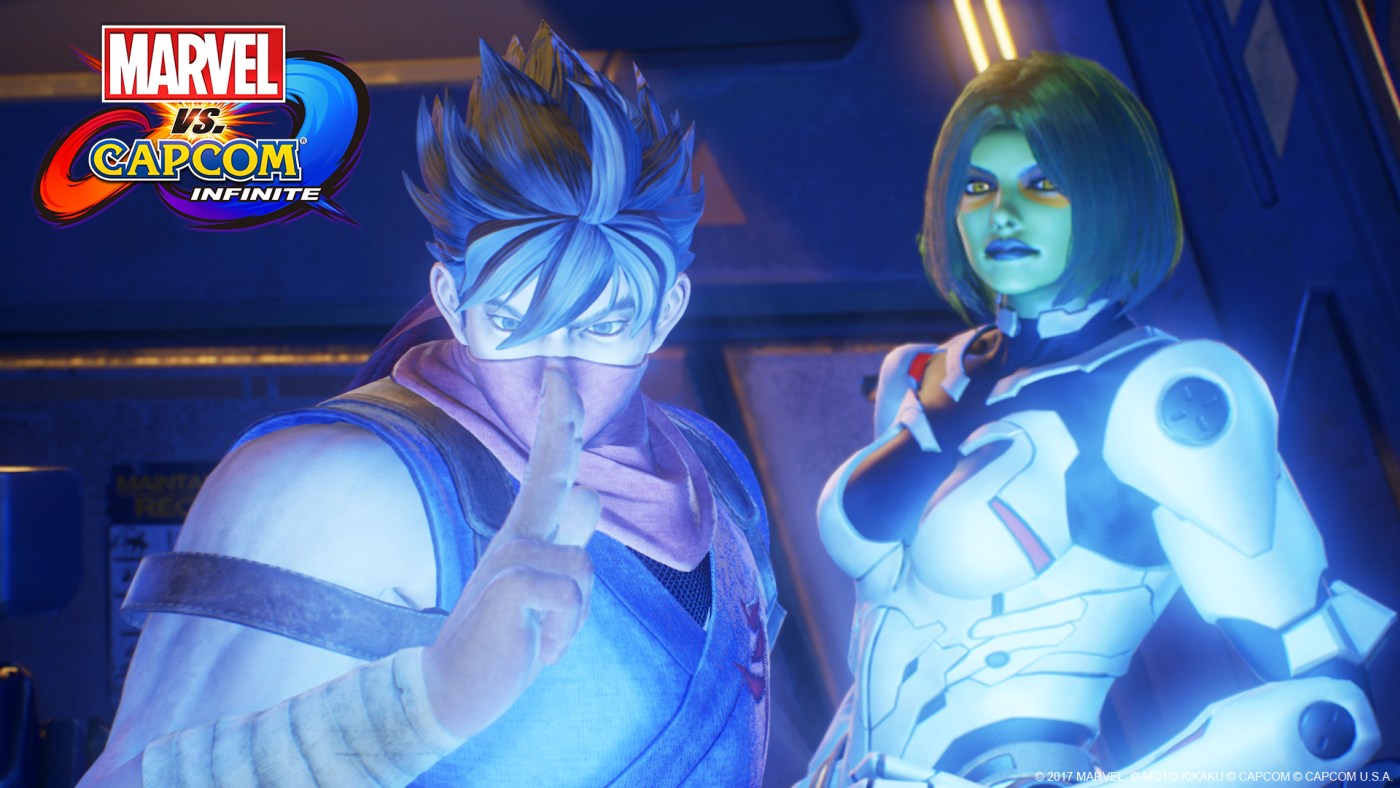 For a more modern touch, the booth also has
Please, Log in or Register to view URLs content!
on display. This iteration reverses the change 3v3 hero teams introduced with Marvel vs. Capcom 2, going back to a 2-on-2 tag team format. The story mode I played is also
Please, Log in or Register to view URLs content!
, where players can use the new Infinity Stones against Ultron's minions. The new game has been criticized for its art style and smaller roster of characters -- we could use most of the 24 it will launch with, far fewer than the 48 in Ultimate Marvel vs. Capcom 3. Check out out game play above, along with two trailers embedded below.