'Momoka: An Interplanetary Adventure' Review - It Ain't Pretty, But It's Great Fun

iPhone Gaming
From the first time I saw it, Momoka [$6.99] always had me a bit on edge. It looked cool, but something about the game's production values always seemed to leave me feeling like this could be a mediocre game. The visuals felt like they were on the wrong side between ugly and intentional low fidelity. Something about the way characters moved and operated left me feeling like this could be what could be succinctly summarized as a janky game. Janky games are frustrating, because they could and should be great, but often get in the way of themselves with things like bugs, poor controls, and ill-advised design decisions. Momoka certainly flirts with jankiness, and has some rough edges that make it not the smoothest experience ever, no. But it's constructed so well, that its flaws stay out of the way of this fantastic Metroidvania platformer. 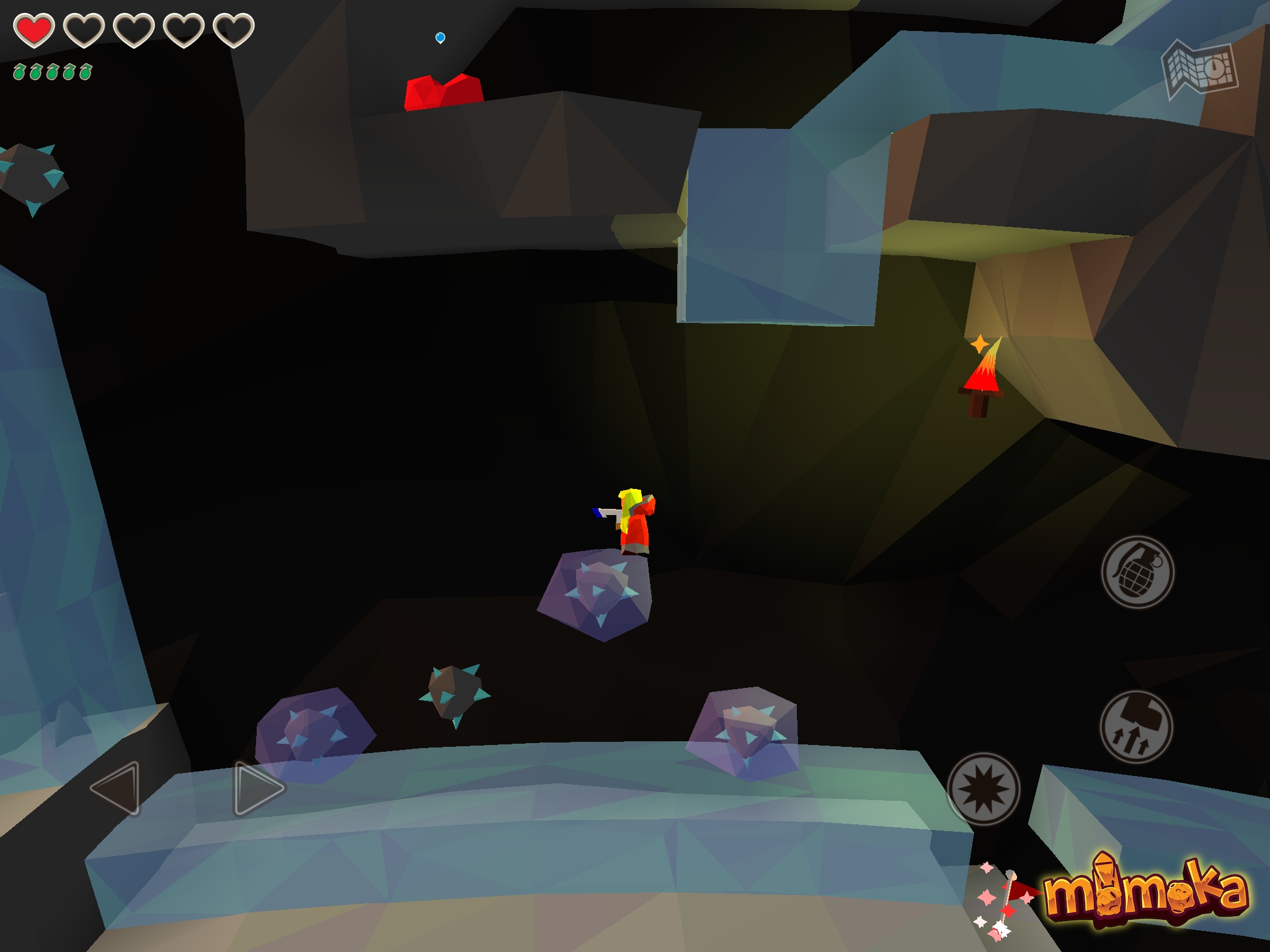 You play as the eponymous Momoka, equipped with a laser gun and the mission to restore the dying energy of the sun. You'll explore an interconnected world in your galaxy, using abilities and upgrades you earn to traverse sections that were once impassable. The story and setup are nothing too original, but Momoka manages to do the basics quite well, while also throwing in some clever features along the way.

Structure wise, Momoka guides you through the first part of the game until you get your rocket ship, when you can explore the galaxy on your own. The rocket is worthy of note as it feels cool to actually fly around and explore for yourself, not just to go somewhere on a map. It's possible to get stuck or land in spots where you have to backtrack to a rocket station to escape, but it's only a minor annoyance. Plus, there are some collectables that you have to get by flying your rocket to strategic places. It's such a great inclusion and makes the game stand out. 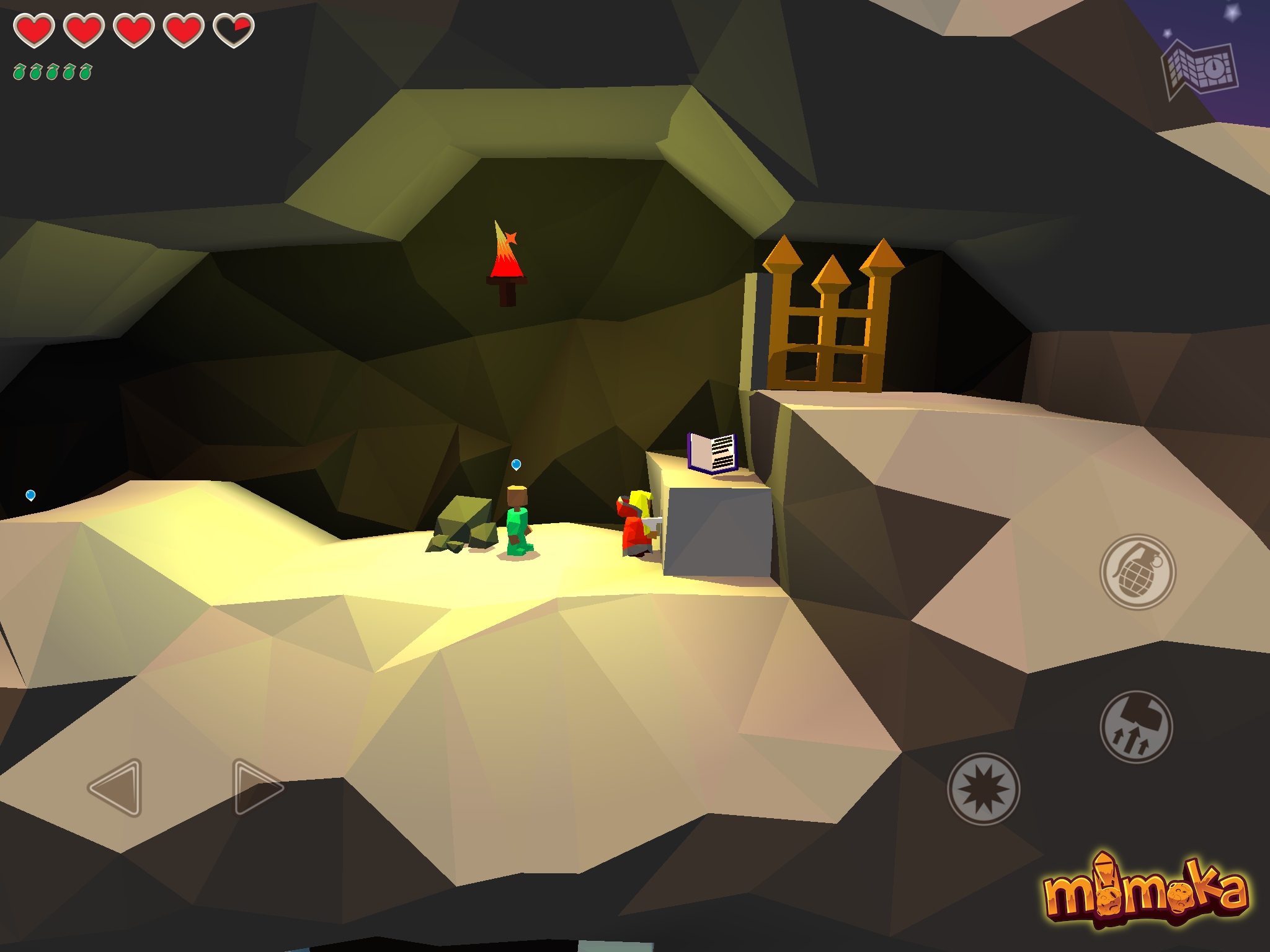 Once you get the rocket, you have three different areas to play through in your own order. These follow the Metroid style of introducing a particular ability that you need to collect in order to complete the area and progress further. But what you'll notice is that the abilities can be used in the other areas to get certain hidden collectables. This is a great implementation of this feature. It encourages you to backtrack, and it feels spectacular to tackle something that you once couldn't. This all adds up to a wonderful final level, where you now have to combine your newfound abilities to make it through difficult sections. It's a stiff challenge, but rewarding to complete. From a design perspective, it's hard to fault Momoka for much. It knows how to do the Metroidvania style of gameplay.

Because it's so much fun, I can forgive whatever rough edges this game might have. The visuals are ugly or utilitarian based on the eye of the beholder. The world is colorful, at least. The visuals at worst don't get in the way of what the game is trying to do. Things like the wall jumping you unlock feel a bit weird, but don't feel bad upon usage. The Soosiz [$0.99] style of jumping from spheroid to spheroid can be a bit nauseating with the camera flips, but you'll get used to it, as it's not overused in the game. The potential for jankiness with Momoka was particularly high when I was checking it out, but it is a minimal factor. 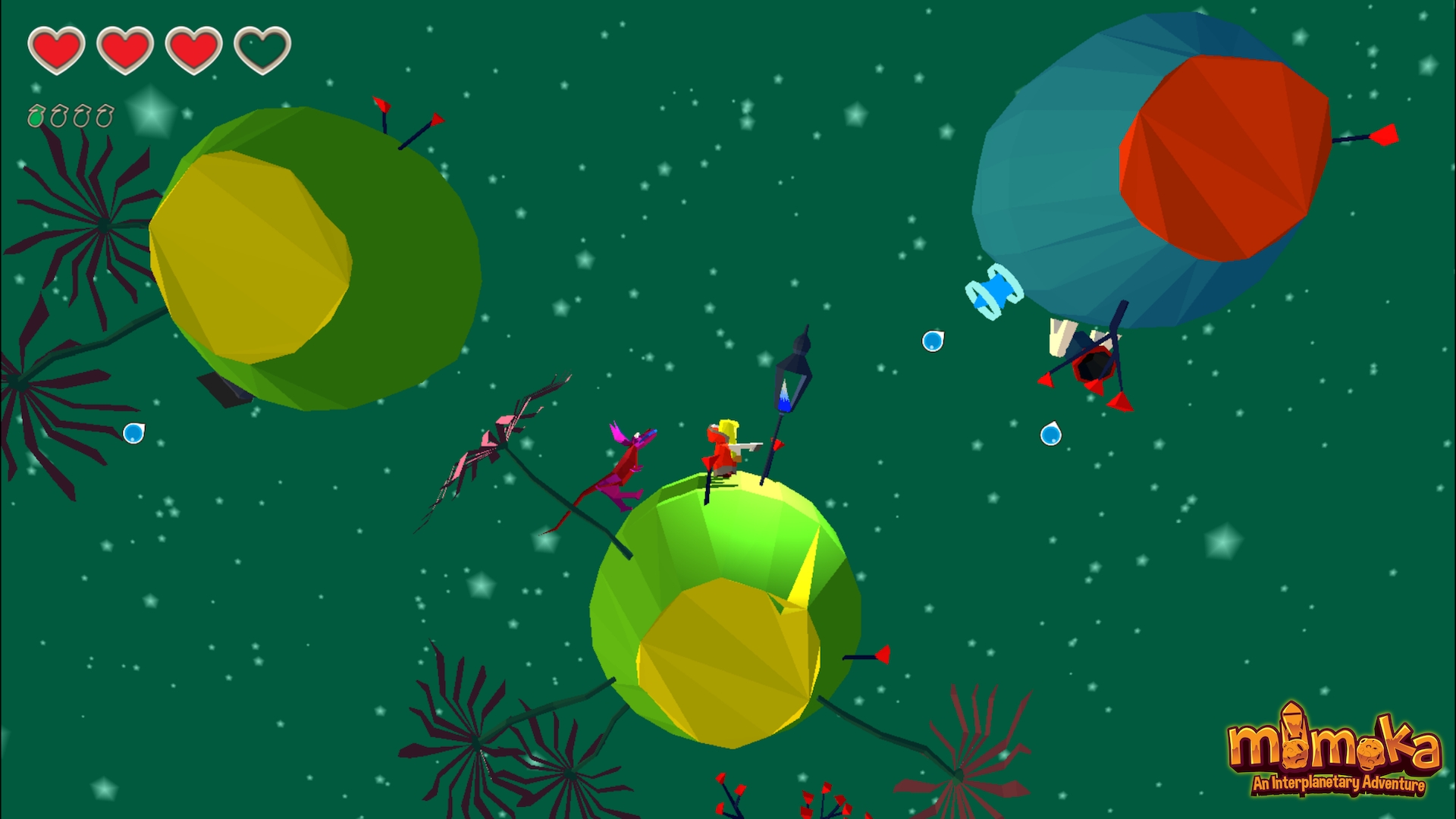 Momoka supports the Apple TV, and was where I put a lot of time into the game. This is thanks in part to the game's seamless iCloud support, which is flawless. I had no issues jumping between an iPad and the Apple TV at will. Momoka supports controllers, and that's the best way to play the game, though the touch controls are no slouch. On Apple TV, the game is a great fit for the TV thanks to being inspired by classic console games. But do not play with the Siri Remote: the game is designed with the remote in portrait, which is a questionable decision for button layout. The touchpad button jumps, and the play button fires, which is awkward in portrait. Play this with a controller, but be careful: because using bombs on the remote involves hitting two buttons simultaneously, this leads to controller issues. X works as the menu button, so jumping then firing often fires a bomb. Unless you want to constantly run out of bombs, use B to fire. Other than the controller foibles, playing on Apple TV is a great way to lose a lot of time to this game!


Subscribe to the TouchArcade YouTube channel​
Momoka isn't the smoothest, or dare I say polished game ever. But its production values are just enough that they stay out of the way of the game's objective. It wants to be a fun, well-designed Metroidvania game, and oh does it succeed at that. Momoka is clever and fun, transcending whatever rough spots it has. If you enjoy platformers and the Metroidvania subgenre in particular, you owe it to yourself to check this game out.