But Sledgehammer’s ambitions extend far beyond a mere change in tone and scenery. With its new War mode, the studio is looking to contribute a fresh chapter to Call of Duty’s competitive legacy. War mode pits two teams against each other in a mission with shifting objectives that plays a bit like an FPS tug-of-war.

I caught up with Sean Soucy, multiplayer designer at Sledgehammer Games to learn more about the genesis of their gritty new gem. Read on, and get ready for 3rd November!

What drove your decision to develop an asymmetrical, objective-based mode like War?


Soucy: Each year we look to bring fresh new experiences to our players and especially with the return to World War II, War was a great fit. It gave us, in partnership with Raven, the opportunity to bring a little World War II history into the mix in new ways for MP, and implement various new mechanics like buildable walls and MG nests, and the mix of unique objectives and objective sequences you’ll experience from map to map.

We also wanted to take team play to a new level, and in War, team coordination is much more critical to your success. It really matters what Division you select relative to your teammates, what role you choose to play, whether that’s getting up close on the objective as an Airborne soldier, or hanging back and providing some ranged cover with Mountain Division. There are so many layers and tactics and it’s something the team is really excited about this year! 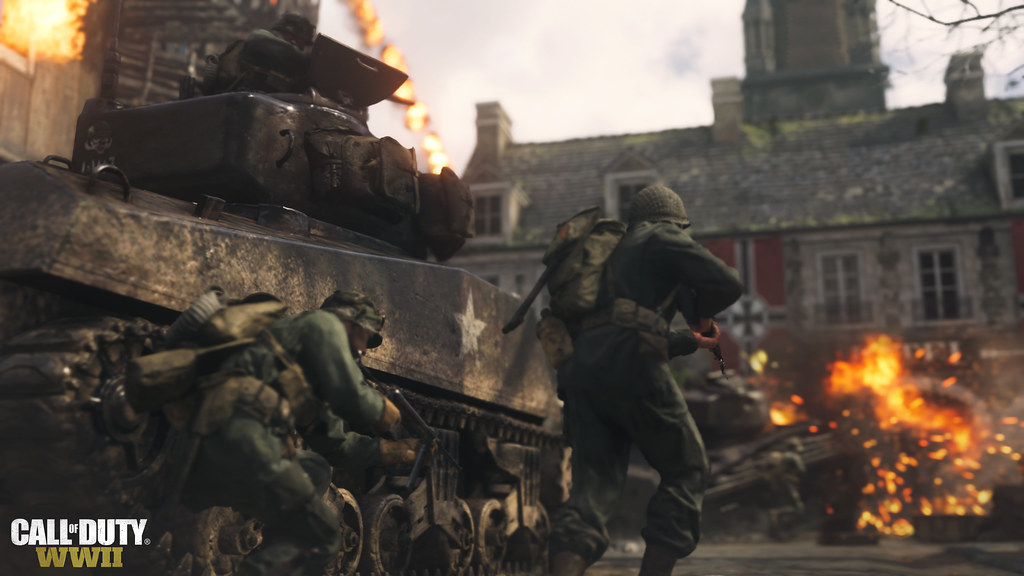 What other interesting new dynamics are added in the new War Mode maps coming to COD WWII when it launches this week?


Soucy: There are a number of things we’re excited about that players will see for the first time in our three War Mode maps at launch. We’ve got some multi-part objectives which allow a nice layer of player/team choice and tactics.

For example, in your first objective in Operation Neptune, our D-Day-based War Mode map, you’ll have to capture two cliff-side bunkers that are being defended by Axis soldiers trying to mow you down with their MG42 machine guns from atop the cliffs as you try to advance up the beach.You can take them in any order, but you must take both in order to advance. I don’t want to give too much away, but there is plenty more in store for players.

Do you think it’s important to experiment with new ways to encourage different types of teamplay?


Soucy: Absolutely! As I said, all aspects of team coordination are much more important in War than many of our other modes and that was a big priority for us. Your Division selection is important, calling out enemy locations, building up defenses, where you choose to attack and defend and at what time, and more. There are many ways to achieve victory and you’ll find the most success with good coordination and team play with your allies.

At some point in developing War, were you tempted to go with huge player counts and big sprawling maps? What kept you grounded?


Soucy: We wanted to ensure the best gameplay experience with a high level of team coordination. Our goals were to strike a balance where you feel like you’re really in a World War II battle, while also keeping the gameplay experience tight and fun. 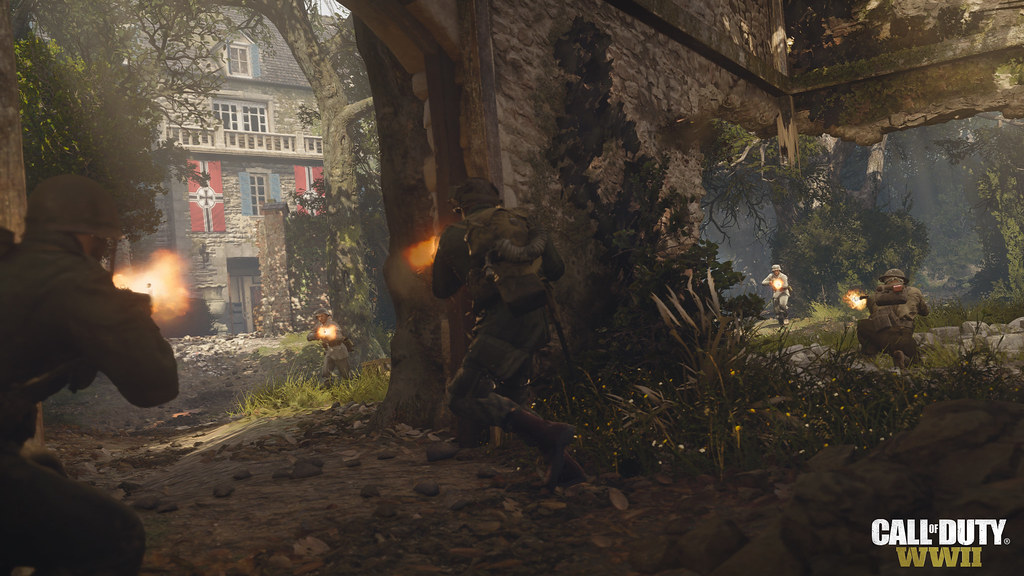 Some fans have pointed out certain similarities to missions or gameplay featured in the original Call of Duty and Call of Duty 2 single player campaigns. Was this a conscious decision, or more a happy coincidence?


Soucy: We draw inspiration from a variety of mediums and from a ton of different standpoints across the team, but our primary consideration when it came to mission selection for War Mode was that we felt that we had to put players in the middle of some of the most iconic World War II battles. It’s something our players haven’t experienced before in Call of Duty Multiplayer – to be immersed in those iconic battles and do the kinds of things that actual soldiers did during World War II. It all came together and we could not be more excited for fans to jump in and play all three War Mode maps themselves.

What about the narrative possibilities for modes like War? The tug-of-War dynamic brings a very different dynamic to competitive multiplayer.


Soucy: It does! The narrative is the context for the action. In each War Mode map, there is a primary mission objective – a reason why you’re there doing what you’re doing, and they’re all inspired by real World War II battles. Each step along the way is meaningful towards completing your primary mission objective. For example, in Operation Breakout, the map players got to experience in the Beta, you’re capturing a command post to acquire intel on German defenses, building a bridge so that your tank can push forward, and then finally destroying an enemy ammo supply and escorting your tank to destroy a series of Flak 88’s. The narrative is key to the experience in that sense – it ties all of the action together.

The post Sledgehammer Games talks the dynamic gameplay at the heart of Call of Duty WWII’s War Mode appeared first on PlayStation.Blog.Europe.

Here are the best robot vacuums on the market right now

Google Opinion Rewards: Everything you need to know