To celebrate the launch of this new adventure, we’re excited to announce that PlayStation Plus subscribers can get a PlayStation-exclusive pet in the PlayStation Store, totally free. Meet the Brassilisk, your new mechanical companion: 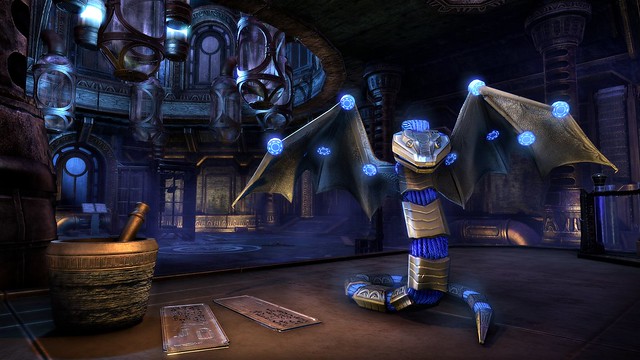 You can claim your free in-game pet when the Clockwork City DLC game pack launches on November 7. To do so, navigate to The Elder Scrolls Online PlayStation Store listing and find the Brassilisk in the Add-ons section. You’ll even find an all-new Clockwork City Dynamic Theme there as well, featuring a gorgeous statue of Sotha Sil himself.

The Clockwork City DLC game pack features an all-new zone unlike any you’ve seen before in ESO. Explore a unique mechanical world, continue ESO’s epic story, take on new challenging group activities, and — of course — score some awesome new loot along the way.

Upon release, you will be able to enjoy the Clockwork City DLC game pack as part of your ESO Plus membership, but it will also be available via the in-game Crown Store for 2,000 crowns. Alternatively, you will also be able to acquire the Clockwork City Collector’s Bundle for 4,000 crowns. This bundle will include the DLC game pack, the Kagouti Fabricant mount, the Skeevaton pet, and Five Crown Experience Scrolls. 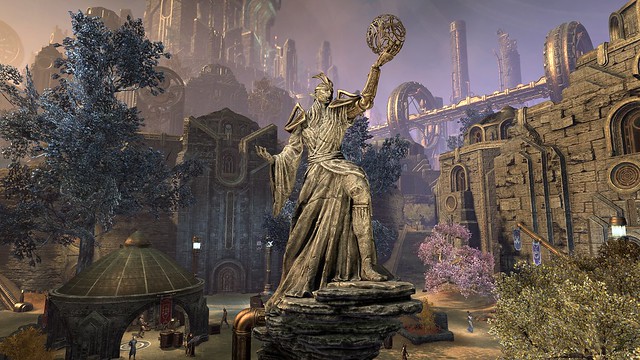 A mechanical world to explore — The Clockwork City zone: Discover a world entirely crafted by the Tribune Sotha Sil in mechanical miniature. In this bizarre location, creatures, buildings, environment, and even some inhabitants are complex mechanical constructs. This clockwork world has its own wonders, but also its own unique dangers in the form of long-abandoned experiments. This new zone features two new World Bosses, two Delves, and a host of unique standalone quests and daily activities that will reward you with exotic new gear and items.

A Daedric Conspiracy to unravel — The Story Quest line: Something is amiss deep within the heart of the Clockwork City. Hidden away for centuries, Sotha Sil’s creation is under siege by unknown forces, and it’s up to you to discover the mystery behind it all! This all-new story builds upon the larger shadowy conflict between the Daedric Princes of Oblivion (first teased in the Orsinium DLC game pack and uncovered in ESO: Morrowind), but it is a stand-alone adventure in its own right, meaning you can jump in without having played any of the previously-released content. 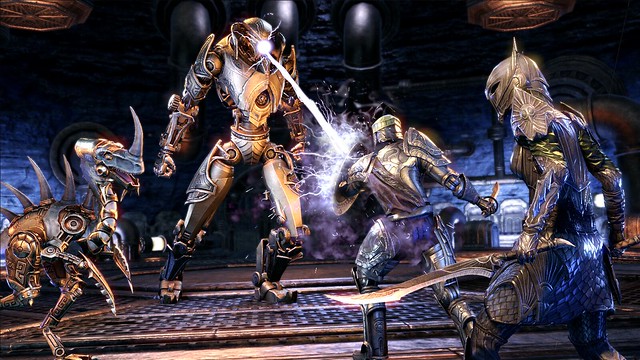 A new customizable group challenge — The Asylum Sanctorium Trial: Both new and veteran 12-player groups alike will find a challenge in the Clockwork City’s new Trial. This new group activity allows you to select how difficult the final boss fight will be. Depending on what you choose, you’ll receive unique rewards that reflect the challenge! Enter the Asylum Sanctorium and deal with the unruly Saints — monstrous constructs long-abandoned by Sotha Sil.

The Clockwork City DLC game pack is available November 7. You will be able to get access to this new content with ESO Plus membership (acquired from the PlayStation Store) or via the in-game Crown Store.