iPhone Gaming
When we launched our Patreon half way through last year, things were pretty dicey, and the future of TouchArcade was sort of cloudy. Since then, readers and developers have supported us in a huge way and through adding things like TouchArcade Deals, we've been able to stabilize significantly. Things aren't so scary anymore. One slightly annoying thing is we were pretty close to hitting the $9,000 threshold on Patreon, then they changed how they display contributions. Currently, the total reflects how much we actually get every month after all the various processing fees, which I suppose is a more accurate way to do things, but it really shows just how far off our original $10,000 goal we still are.

We still need your support. If you like what we do here on TouchArcade, please consider heading to our Patreon page and even just contributing a dollar. Everything adds up, and is highly appreciated. A good way to think of it is like a magazine subscription, except instead of just getting a sorta out of date paper publication once a month, you're getting the bleeding edge of what's going on in the world of iOS gaming every day. As I mentioned in an editorial yesterday, the amount of content we've produced (totally for free to our readers) is ridiculous. We're on track sometime early this year to have reviewed the iOS equivalent to every PS2 game ever released. 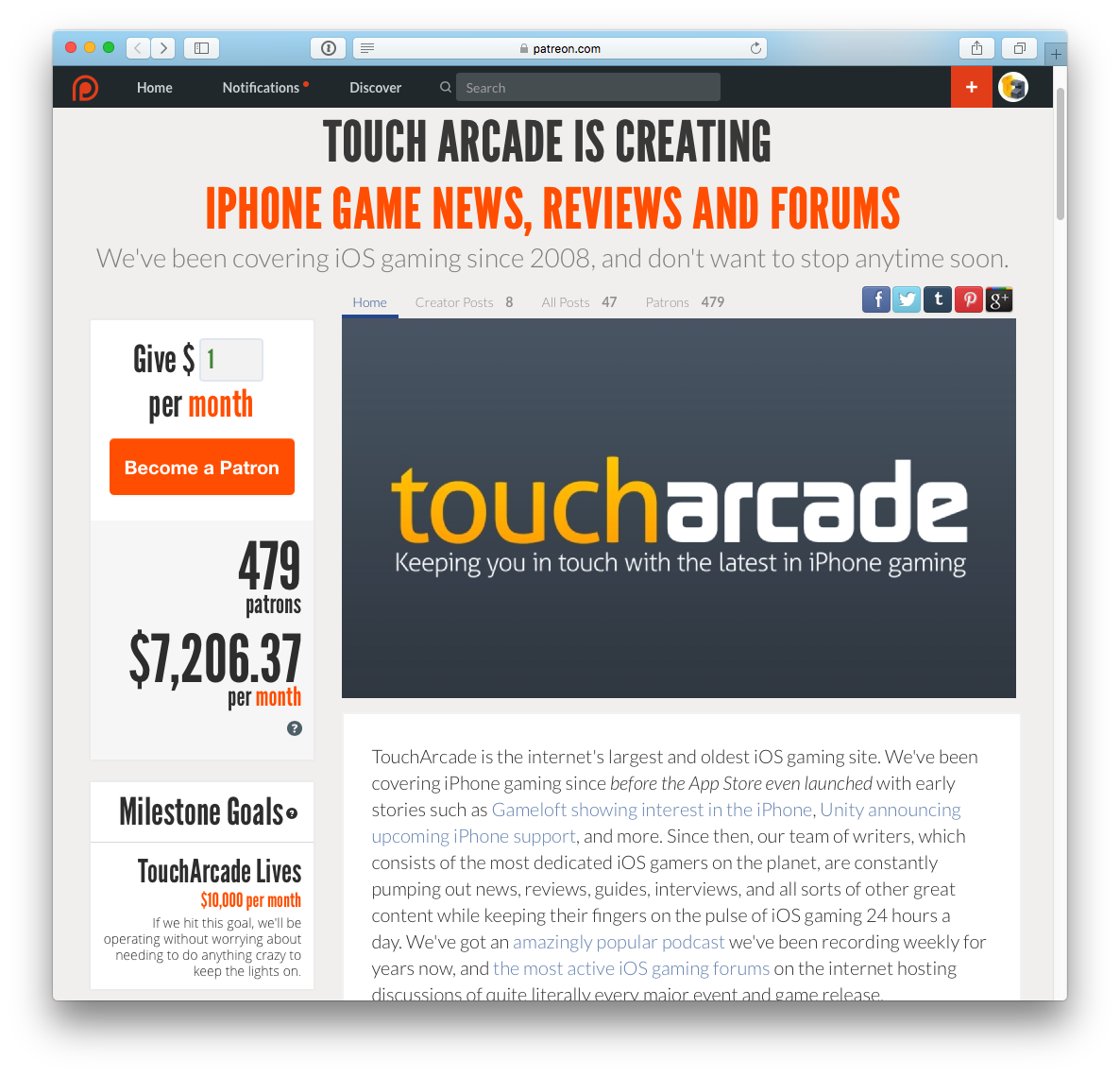 Thanks to all of our supporters, and special thanks to our top-tier supporters FDG Entertainment and Must Play Games Pvt Ltd. FDG is responsible for the just-released Lonewolf [Free] and the upcoming Venture Kid which is scheduled to be released next week. Must Play Games is still working hard on their first release.