Riverman Media's 'MUL.MASH.TAB.BA.GAL.GAL' Is Getting an Expansion and 'Cash Cow:...

This update adds a new "side quest" which features new enemies, backgrounds, music, and its own leaderboard. It doesn't matter if you've beaten the original game or not, everyone can enjoy this new content from the title screen. New paddles are also included along with some quality of life improvements like tweaks to how the game handles iOS multitasking and the ability to restart from the pause menu. 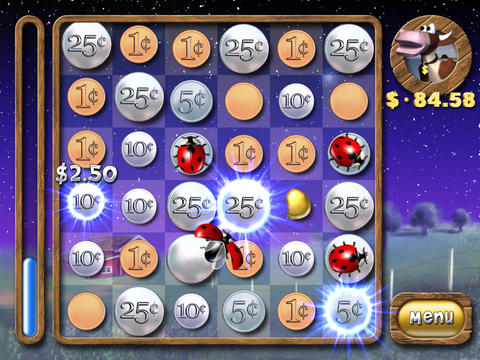 Anyway, Riverman Media wrestled it away from Chillingoand is on the verge of re-releasing a "fully remastered" version of the game which works on all modern devices. According to Riverman, "It is widescreen, universal, retina, has all new backgrounds, includes game center leaderboards for its hi-score modes, and runs at a silky smooth 60fps." I'm super curious to see how it does, if nothing else, it's ultra-rad seeing developers continue to support games like this, which is an effort we should all support as iOS gamers.