Buckle in for a journey quite unlike any you’ve taken before — Kentucky Route Zero: TV Edition collects all five acts of the cult hit road trip into one tidy package launching Tuesday on PS4. I would tell you more about it, but I’m trying to go in blind!

Other games to watch for next week: Journey to the Savage Planet, It Came From Space and Ate Our Brains, and Pillars of Eternity II: Deadfire.

For a full list of new games coming to PlayStation next week, read on. And enjoy The Drop! 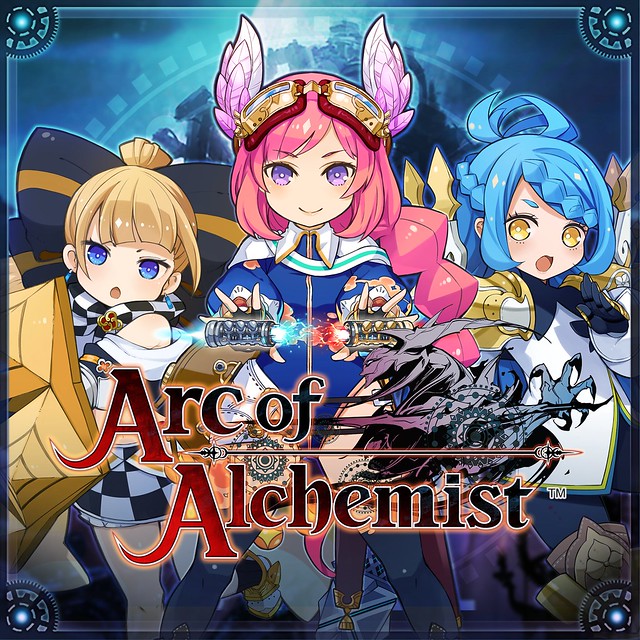 Quinn Bravesford and her squad are sent on a quest to find the Great Power — the key to save humanity. Is there hope within the desert or is it merely a mirage?
Autobahn Police Simulator 2
PS4 — Digital (Out 1/30) 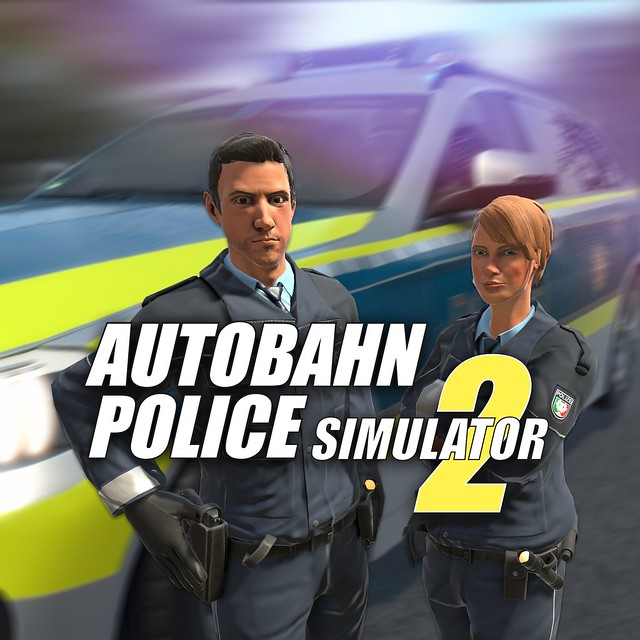 Start your even more exciting career as law enforcer on Europe’s fastest road now. Your adventure begins right in the police station where colleagues are present too. Over the course of the game you can further develop the station and gain access to new opportunities and missions this way.
Bookbound Brigade
PS4 — Digital (Out 1/30) 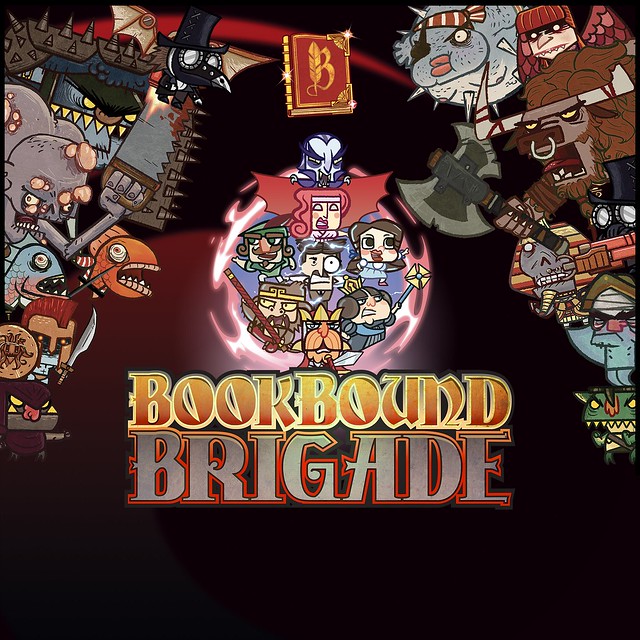 What if all the protagonists of books lost their memory? Venture into their world and beat the hell out of historical and literary characters you studied in school! Bookbound Brigade is a new take on the established Metroidvania genre where you get to lead a colorful bunch of real and fictional heroes.
Code Shifter
PS4 — Digital (Out 1/30) 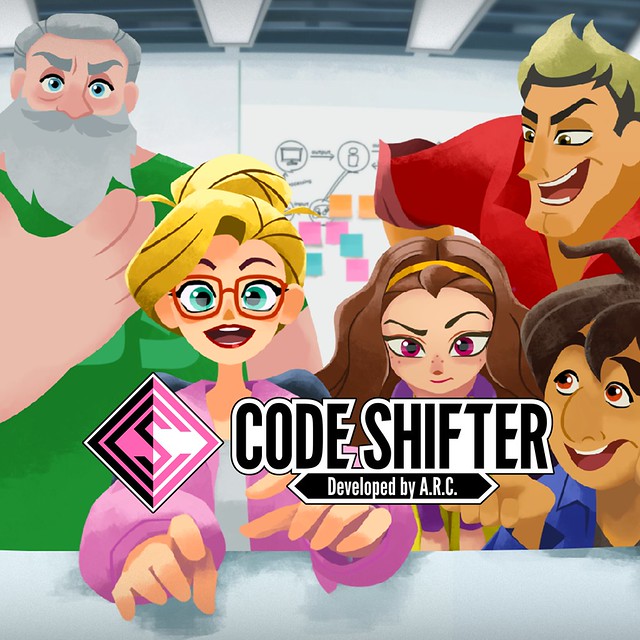 Over 100 characters appear in this absurd side-scrolling action-game. New and somewhat nostalgic graphics that nicely blend flat and pixel art styles. A cheery comedy portraying everyday life at a video game company! Use the program Code Shifter to fix bugs. Will you have your game ready in time for the release date?
Coffee Talk
PS4 — Digital 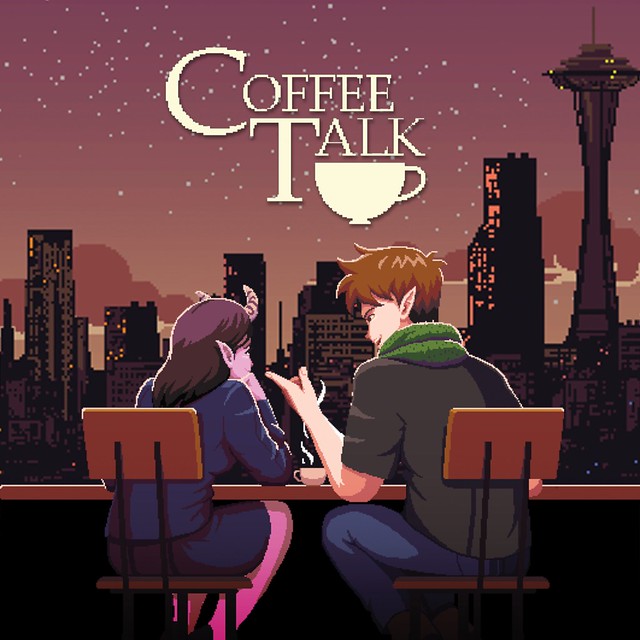 Coffee Talk is a coffee brewing and heart-to-heart talking simulator about listening to fantasy-inspired modern peoples’ problems, and helping them by serving up a warm drink or two. Immerse yourself in the stories of alternative-Seattle inhabitants that modern readers will find strongly echo the world around them.
The Incredible Adventures of Van Helsing III
PS4 — Digital (Out 1/30) 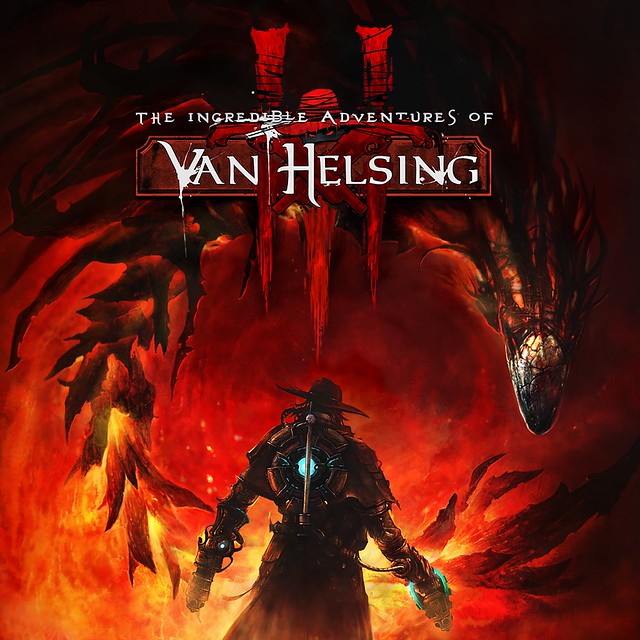 Jump right into this unique action-RPG and be a legendary monster hunter! Van Helsing has already liberated the land of Borgovia from the tyranny of a mad scientist, then faced a military genius, but the future still looks grim. The city of weird science is in ruins and a strange cult prophesizes the end times.
The Inner Friend
PS4 — Digital (Out 1/31) 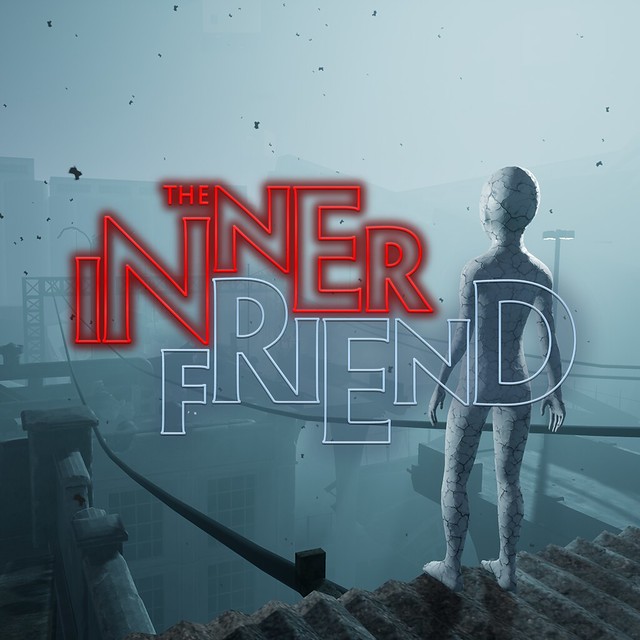 Descend into an eerie world made of scattered memories and unresolved traumas and explore a nightmarish landscape where you will come face to face with childhood fears and nightmares. Led by a mysterious Shadow, face fears and nightmares inhabiting its materialized subconscious universe.
It Came From Space And Ate Our Brains
PS4 — Digital (Out 1/30) 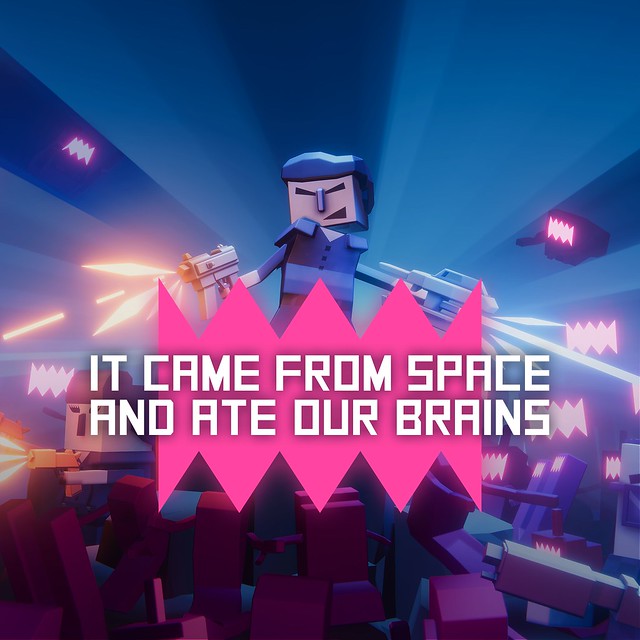 A merciless alien species that feeds on human brains (duh) has invaded the Earth. Who can stand up to them? You, obviously! Save the world — or at least yourself. Send aliens to oblivion in this unique top-down arcade shooter where hordes of enemies are trying to corner you and get inside your skull!
Journey to the Savage Planet
PS4 — Digital 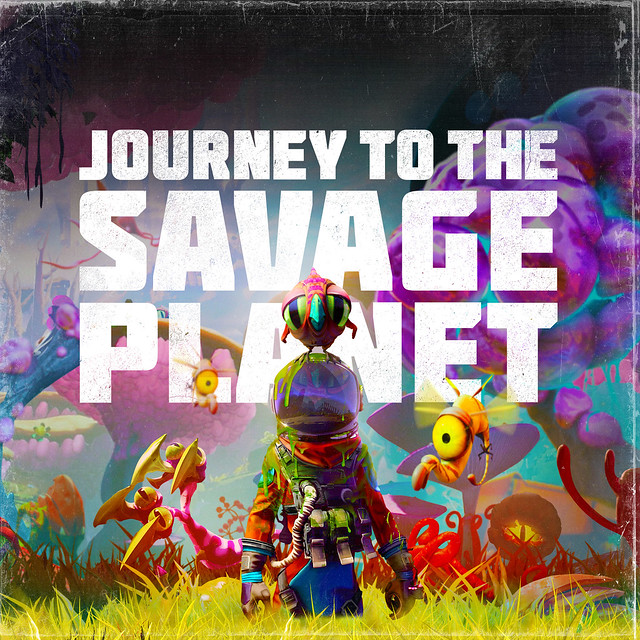 Welcome to the Pioneer Program! In this upbeat & colorful, first-person adventure game you play as the newest recruit to Kindred Aerospace, which proudly touts its rating as the 4th Best interstellar exploration company. Onward to adventure! Good luck — and mind the goo!
Kentucky Route Zero: TV Edition
PS4 — Digital 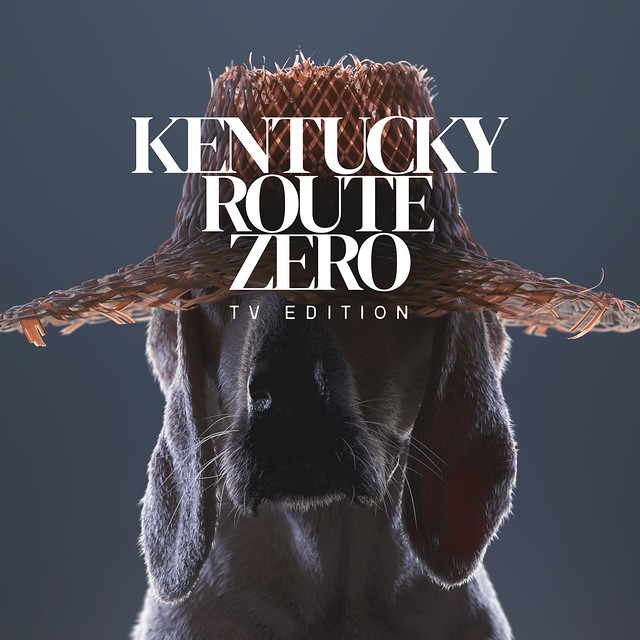 Kentucky Route Zero: TV Edition is a magical realist adventure game in five acts, featuring a haunting electronic score, and a suite of hymns and bluegrass standards recorded by The Bedquilt Ramblers. Originally published episodically over a span of years, the TV Edition collects all five acts along with the ”interludes,” originally published separately.
Kwaidan
PS4 — Digital (Out 1/31) 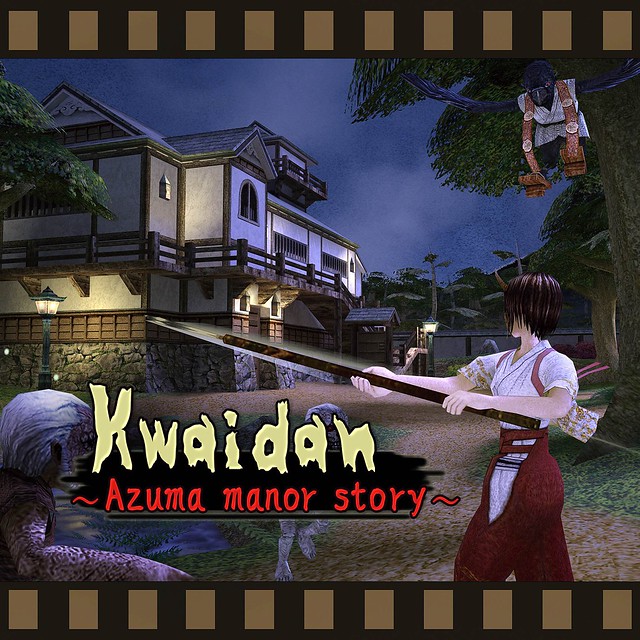 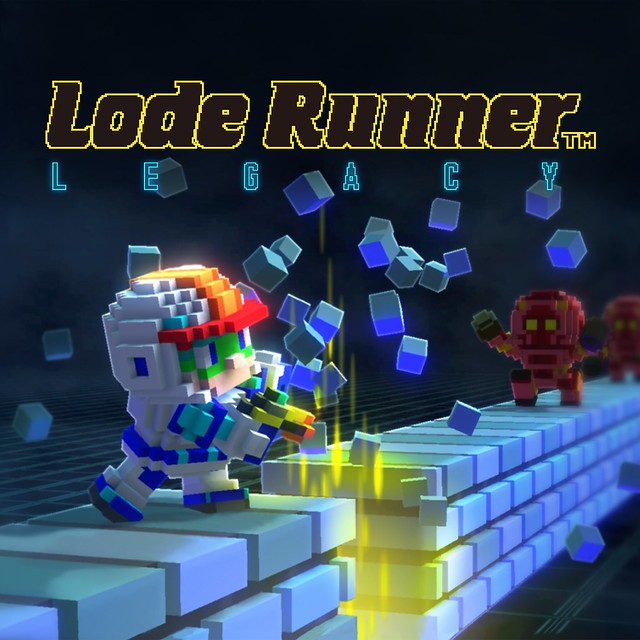 Lode Runner, the Action Puzzle masterpiece, is back! Regain stolen gold from the enemies in the labyrinth, play with your friends in Local Multiplayer Mode, create levels and characters, and share with players all around the world!
Mad Age & This Guy
PS4 — Digital (Out 1/30) 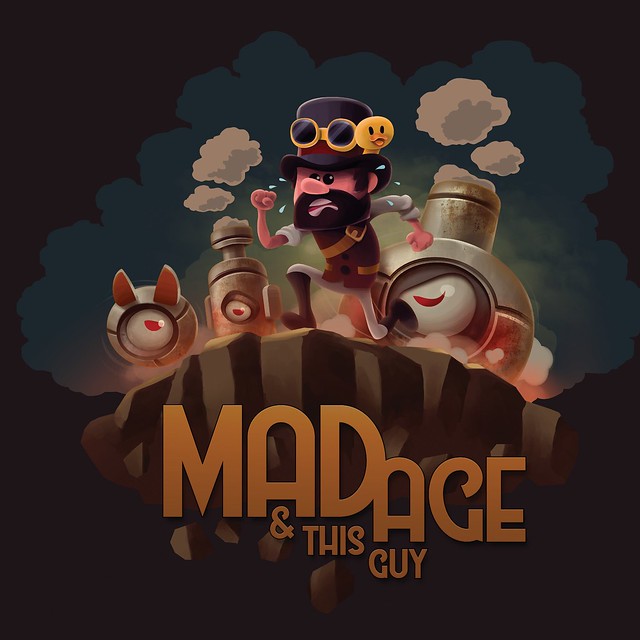 Mix of Bomberman and Steam Punk puzzle game with pixelart graphics and crazy piano music. Did I mention bombs and explosions? Yes, more fire, explosions and bombs. Mad Age & This Guy is a dynamic arcade game that combines many elements from the best classic games you remember and love.
Milo’s Quest
PS4, PS Vita — Digital (Cross-Buy) 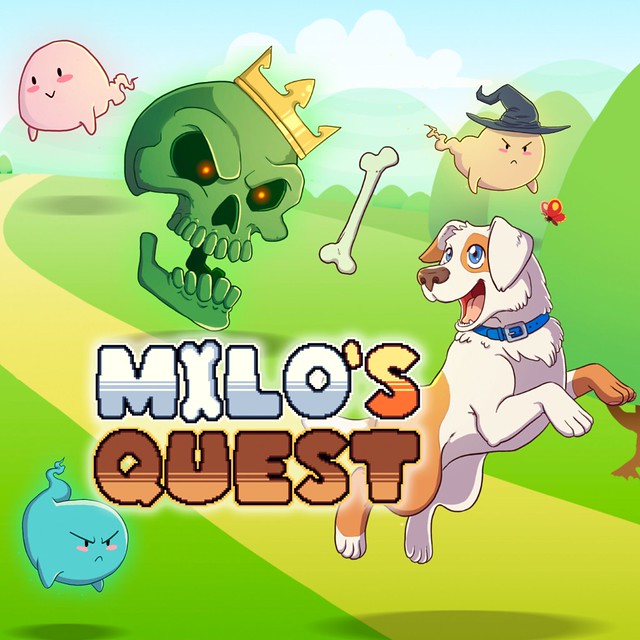 Join Milo on his quest to lift a curse that brought back the Evil King Old Skull! The young pupper, Milo, is enjoying his time in the park and sees a delicious bone to chew on. This bone is cursed and sets free the Evil King Old Skull. Now it’s up to Milo to go on an adventure to stop the curse!
Music Racer
PS4 — Digital (Out 1/29) 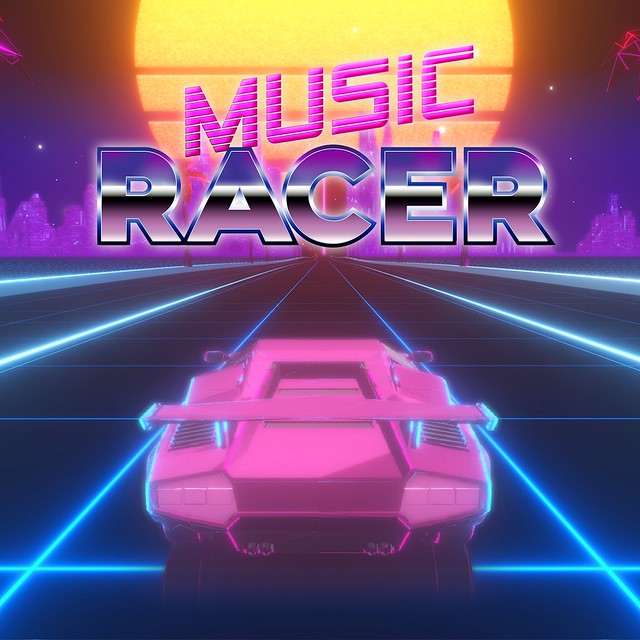 Music Racer is the dynamic rhythm game loved by millions of players around the world. Rush along futuristic, neon tracks. Gather beats, catch the rhythm. The racetrack is created in real time based on the game’s music tracks. Get into the rhythm and collect as many points as possible.
oOo: Ascension
PS4 — Digital (Out 1/31) 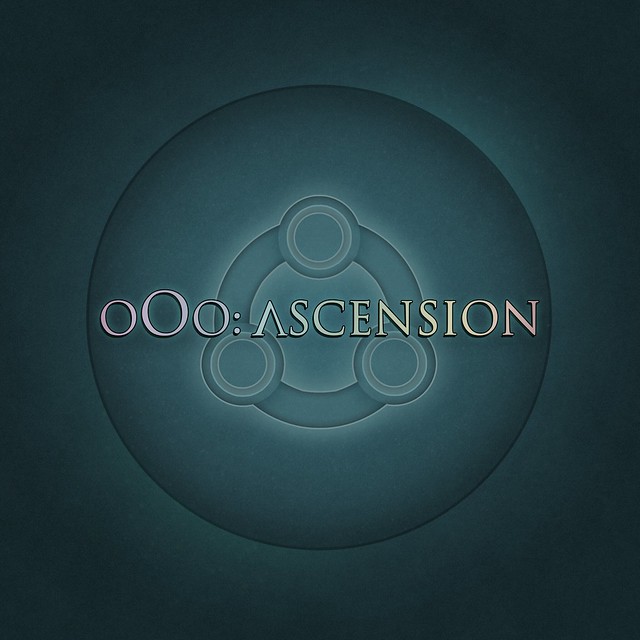 Glide your way through 90 uniquely challenging levels, racing against the clock in a test of skill, reflexes, and patience in this award-nominated indie arcade speedrunner. Glowing neon visuals and an electronic soundtrack make oOo: Ascension an immersive experience.
Pillars of Eternity II: Deadfire
PS4 — Digital, Retail 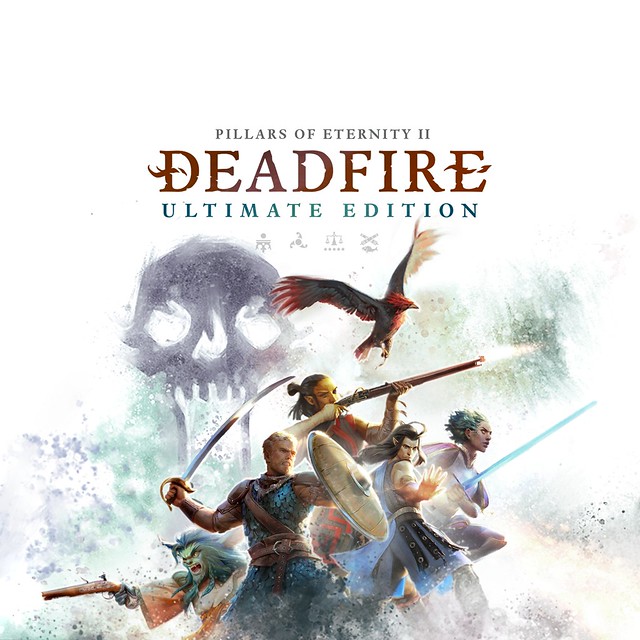 The god Eothas awakened from his sleep, erupting from beneath your castle, killing your people, and stealing a piece of your soul. Uncover the rogue god’s machinations as he tramples over the Deadfire Archipelago. The award-winning RPG from Obsidian Entertainment finally arrives, featuring all major updates and expansions.
Pro Deer Hunting
PS4 — Digital 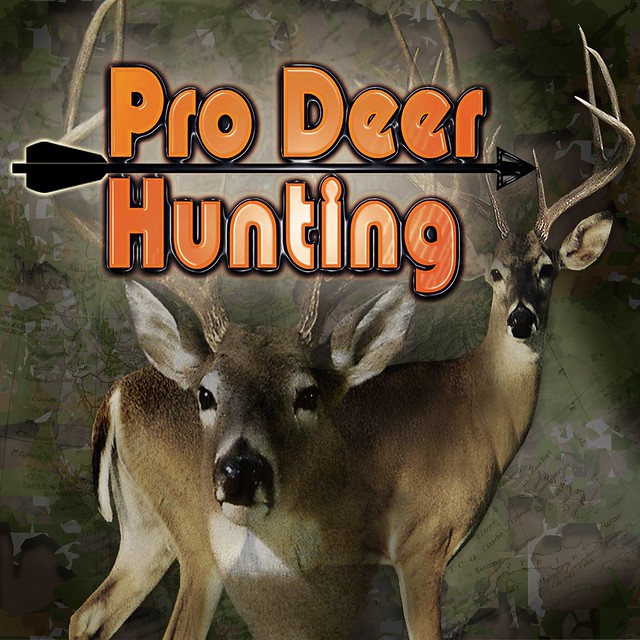 Hunt four different North American whitetail deer sub-species. Take your deer hunting to the next level! Stunning realism in graphics, environment, and hunting tactics allow you to test your skills and see if you have what it takes to become the next Pro Deer Hunter!
Saboteur!
PS4 — Digital (Out 1/31) 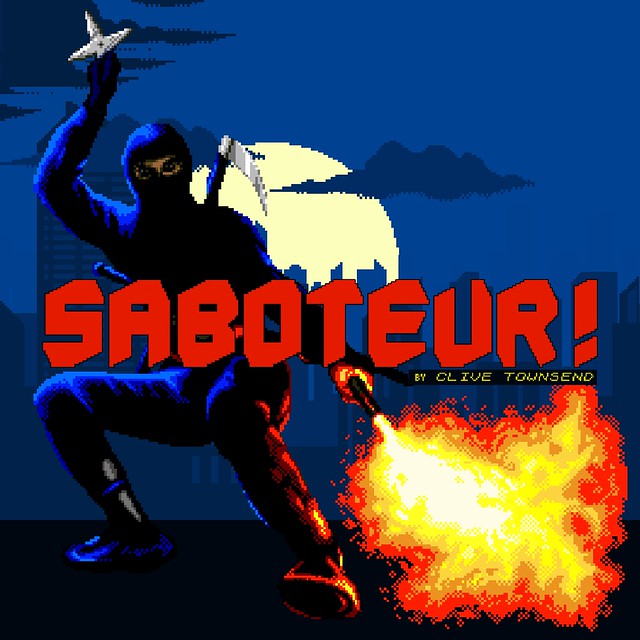 Saboteur! is a classic retro game hit from 1985. Now after 35 years, SimFabric in collaboration with Clive Townsend has prepared a special remastered version of Saboteur! for PS4. You can experience the original mission from the 1985 version, and additionally the story will continue with new levels and enemies.
Shadow the Ronin
PS4 — Digital 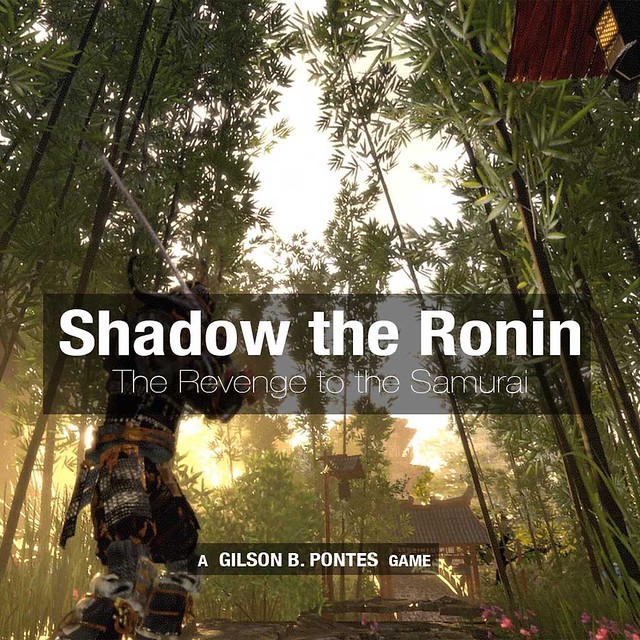 Dokuganryū, a legendary samurai of ancient capital imperial, was deprived and expelled from their lands, and all your family killed by the orders of the emperor. After these events, he swore vengeance against his opponents until death. Thus begins a long and bloody battle in the Edo period.
Sisters Royale: Five Sisters Under Fire
PS4 — Digital (Out 1/29) 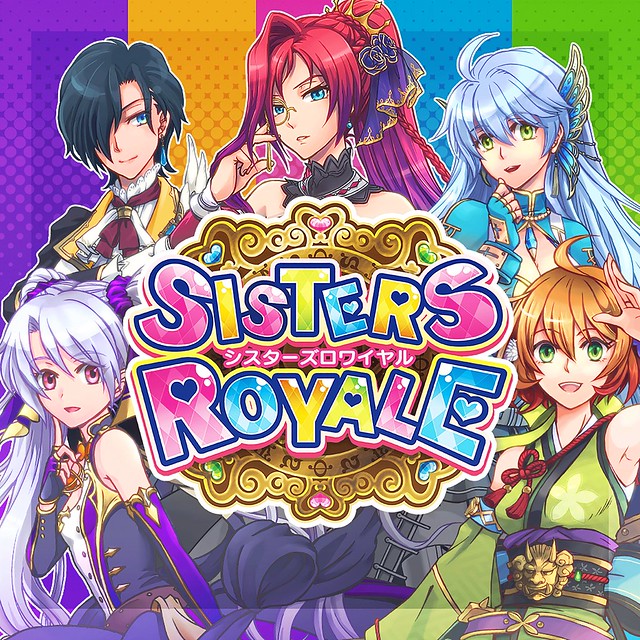 The first new game in 12 years from Alfa System, the team that brought you the shoot ’em up Castle of Shikigami III in the Castle of Shikigami series. Five uniquely talented sisters are squabbling over which of them will marry the angel Yashin. Enjoy the heroic(?) strategies of all five!
Throw Anything
PS VR — Digital (Out 1/30) 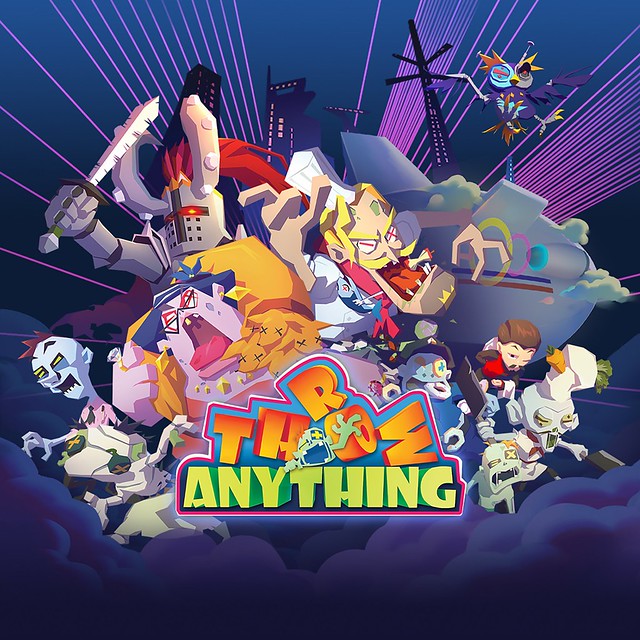 Get secret missions from Secret Delivery Agency (SDA) and save the world from zombie horde in the VR action game, Throw Anything! There is nowhere to run… and nowhere to hide as zombies climb up the walls hoping to satisfy their appetite for brains. Face off against starving zombies in high-rise buildings across the globe!
Top Run
PS4 — Digital (Out 1/29) 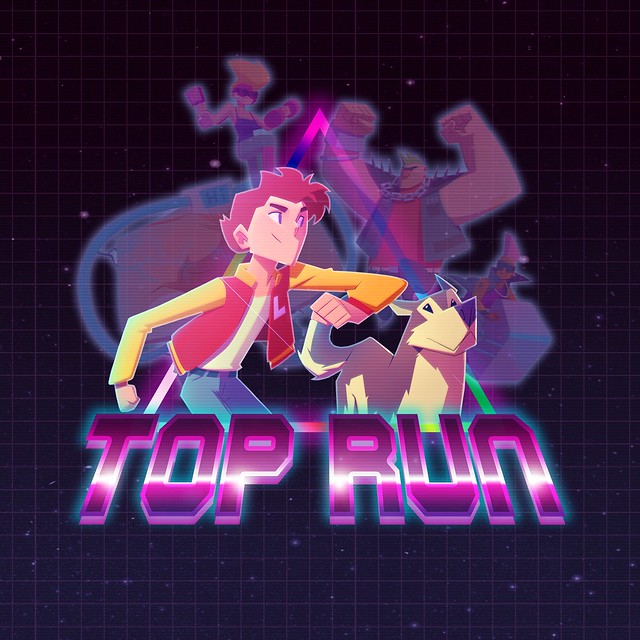 Top Run is an endless runner with platformer elements.
Play as Kevin and his dog Buddy and make your way through the neon city full of dangerous enemies. It has everything we love: neon, pixel art, a bit of outrun, tiny piece of synthwave, scanlines, VHS effects. What else anyone would want in a retro arcade game?
Vigilante Ranger
PS VR — Digital 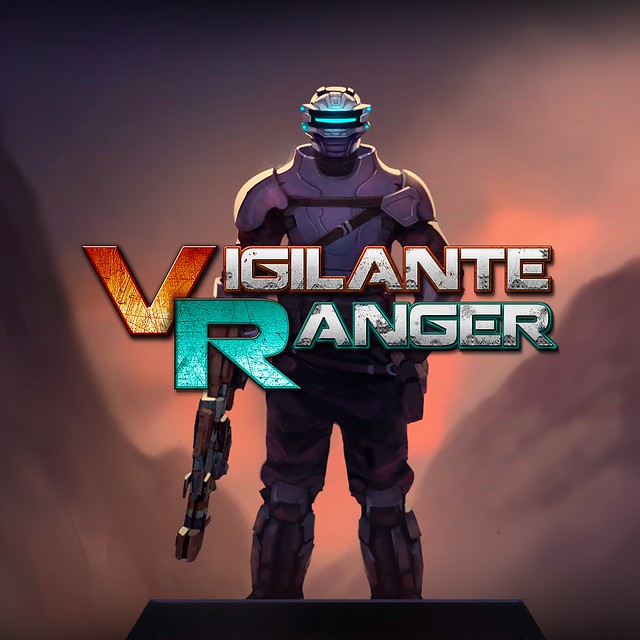 Vigilante Ranger is an intense tower defense virtual reality game that will transport you to a dystopian future where the machines have taken control of the world. Complete all the missions from the stages and defeat all of the menacing bosses to become the savior of humanity!
Willy Jetman: Astromonkey’s Revenge
PS4 — Digital (Out 1/31) 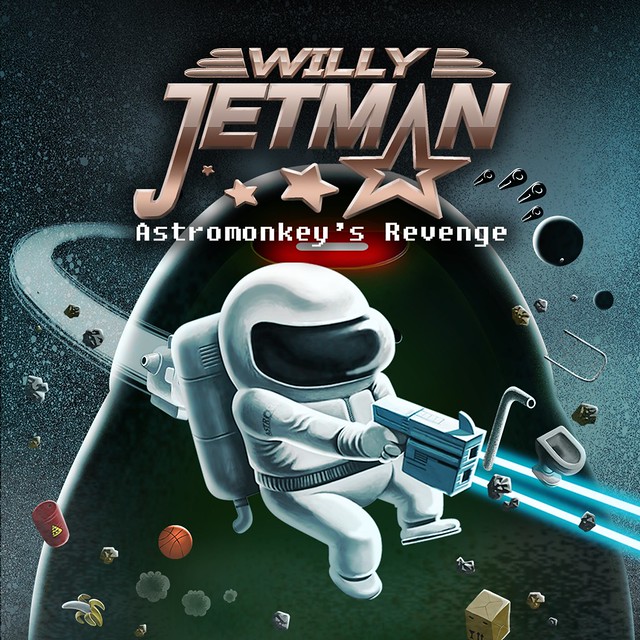 Willy Jetman: Astromonkey’s Revenge is an arcade shooter full to the brim with action and shooting, inspired by the console classics of the 90s. A mysterious accident causes an environmental disaster on a faraway planet. But don’t worry, here’s Willy, a friendly street sweeper who somehow gets wrapped up in the biggest space adventure ever told.

The information above is subject to change without notice.

Pardon our dust! In the coming months, you may notice the occasional discrepancy in The Drop as we’re updating the back-end systems we pull game info from to populate our list. We will, of course, strive to correct any mistakes as they arise. Thanks for your patience!

The Mandalorian may not stream all at once in the U.K.

‘The Witcher 3’ update brings PC cross-saves to the Switch