iPhone Gaming
So here’s the deal. For one reason or another, I never seem to get around to playing titles from the Daedalic Entertainment. I own several of them because of Steam sales and Humble Bundles, but I just keep putting them off. Games like Edna & Harvey [
Please, Log in or Register to view URLs content!
] or Deponia [
Please, Log in or Register to view URLs content!
], also available on iOS, which seem great. When I saw the 2009 classic The Whispered World [
Please, Log in or Register to view URLs content!
] come out exclusively for iPads, I downloaded it with the intention of finally playing one of this studio’s fascinating looking titles. This was nearly two months ago, around Thanksgiving of last year, and sure enough, I did it again! Caught up in the holiday hubbabaloo, I completely neglected this story of a sad clown who’s set to bring about the apocalypse. So dang it if this review was going to come way past the game’s release, I wanted to analyze and discuss this experience with you all. 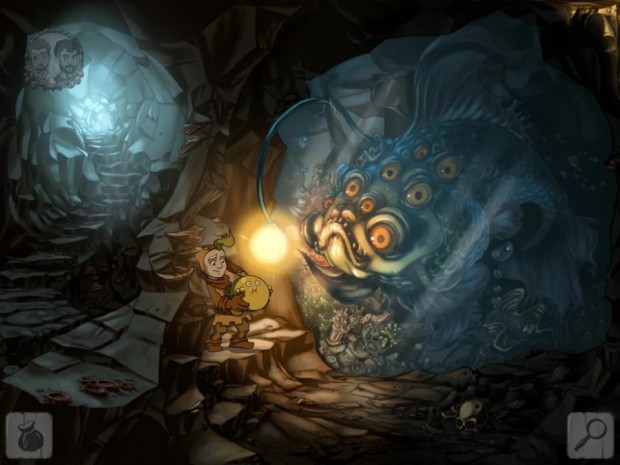 The real focus of this game is the story and the characters. We follow an unlikely hero in the form of Sadwick the clown. Sadwick is more Pagliacci than Bozo, allergy prone and crippled by cowardice and self-doubt, but true to traditional storytelling form he does his best to overcome. Even though he’s just been told by an oracle with a perfect success rate that he’s about to cause the end of the world. Leaving his jerk of a brother and beyond goofy grandfather behind, but accompanied by his trusty uh… shape-shifting caterpillar thingy named Spot, he’s determined to deny his destiny and save the kingdom. 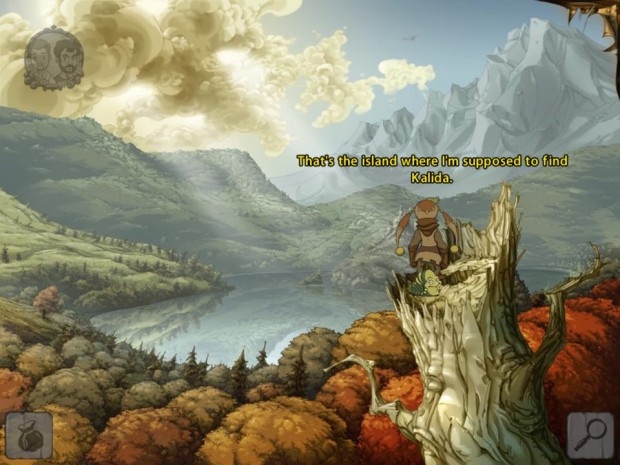 My first impressions of this game, and I’m talking like, title screen and opening cut-scene, were outstanding. The music is beautiful and really gets you excited for the fantastical adventure that follows, and the art style is crisp and the animation is charming. Those great first impressions don’t take long to be deflated by one of the games only major flaws. The spotty voice acting. I came to like Sadwick and get used to his pathetic sounding speech, but at first, especially in the first handful of screens that are almost entirely comprised of dialogue or monologue, he comes off as annoying. I almost don’t want to blame the voice actor, since this voice perfectly fits his character, but it’s hard to tolerate all the same.

I need to say that almost every other character in the game is voiced wonderfully, from senile old grandpa to the exuberant and booming Bando and beyond. These characters are a lot of fun, and the humor was surprisingly on point. Not a lot of laugh out loud moments, but I was smiling throughout much of the dialogue. When I wasn’t smiling as much, I was trying to solve some of the games more illogical puzzles. These are definitely closer to the early days of adventure gaming, where you use a rat that’s in your inventory to grab an out of reach item, because of course you would. This game made me think of
Please, Log in or Register to view URLs content!
from Ben ‘Yahtzee’ Croshaw (the first poet in the video). Every now and then, especially if you miss certain clues in the dialogue, you’ll default to that classic adventure game strategy of trying every item with every other person and item. But there are plenty of easy-peasy puzzles too. 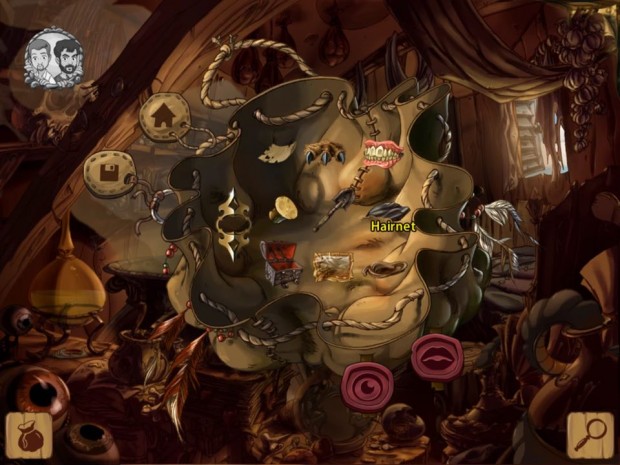 This game definitely starts out a bit slow. This isn’t necessarily a bad thing, but it’s noticeable. The first three screens especially are packed with more items to interact with and more conversations than the rest of the game. This is to acclimate you to the game and let you get used to the mechanics, according to the developers. You can look at, talk to/eat, or interact with/take all the various objects and people. The magnifying glass lets you see what objects are interactive, since the screens are pretty dense. The tutorial involves amusing conversations with a bear rug, or “talking” to hanging laundry to learn that your circus clothes are spittle resistant. There is a lot of cheesy humor but a lot of clever humor as well. It may seem a little overwhelming at first, with all the interactions and items available to you, but the pace evens out as the game goes on. This is a classic adventure game, through and through. Unfortunately this means a lot of walking back and forth slowly across the same screens as circumstances change and puzzles are solved.

This being a port of the special edition of the game, there are some extras to enjoy. Chiefly, if you want, you can listen to/read the developer commentary on each and every screen in the game. Sometimes these offer great insights into the art direction, story, and puzzle design, with a few puzzle solutions outright spoiled. Other times these are just stories and memories from the development process, which I was not very interested in. If you really like the game or are interested in game development, there are some neat tidbits here. I was pleased to have this commentary point out all the Jim Henson influence in this game, which was pretty obvious once they were pointed out. There is definitely a lot of Labyrinth and Dark Crystal in this game’s DNA. Also courtesy of the special edition, certain puzzles can be skipped entirely if you wish.


In the end, how much you enjoy this game will be particularly subjective, depending on what you look for in an adventure game. If you’re OK with a slower pace, a slower start, and some ludicrous puzzles, or if you’re willing to tolerate them to enjoy a beautiful world with gorgeous, top notch art and music, you’ll find The Whispered World worthwhile. If an annoying main character and puzzles are deal breakers, definitely give this one a pass. If you want to enjoy the world and characters without the game taking two or three times longer because of silly puzzles, you can definitely just keep a guide handy. There is so much to love here. The great elements are a little bogged down by the issues, but they remain great all the same. The twist of an ending sheds a whole new light on the nature of the world and its inhabitants, and also feels extremely Jim Henson inspired. If you’d prefer to stick with the new age adventure game nirvana brought about by Telltale, that’s perfectly fine too.