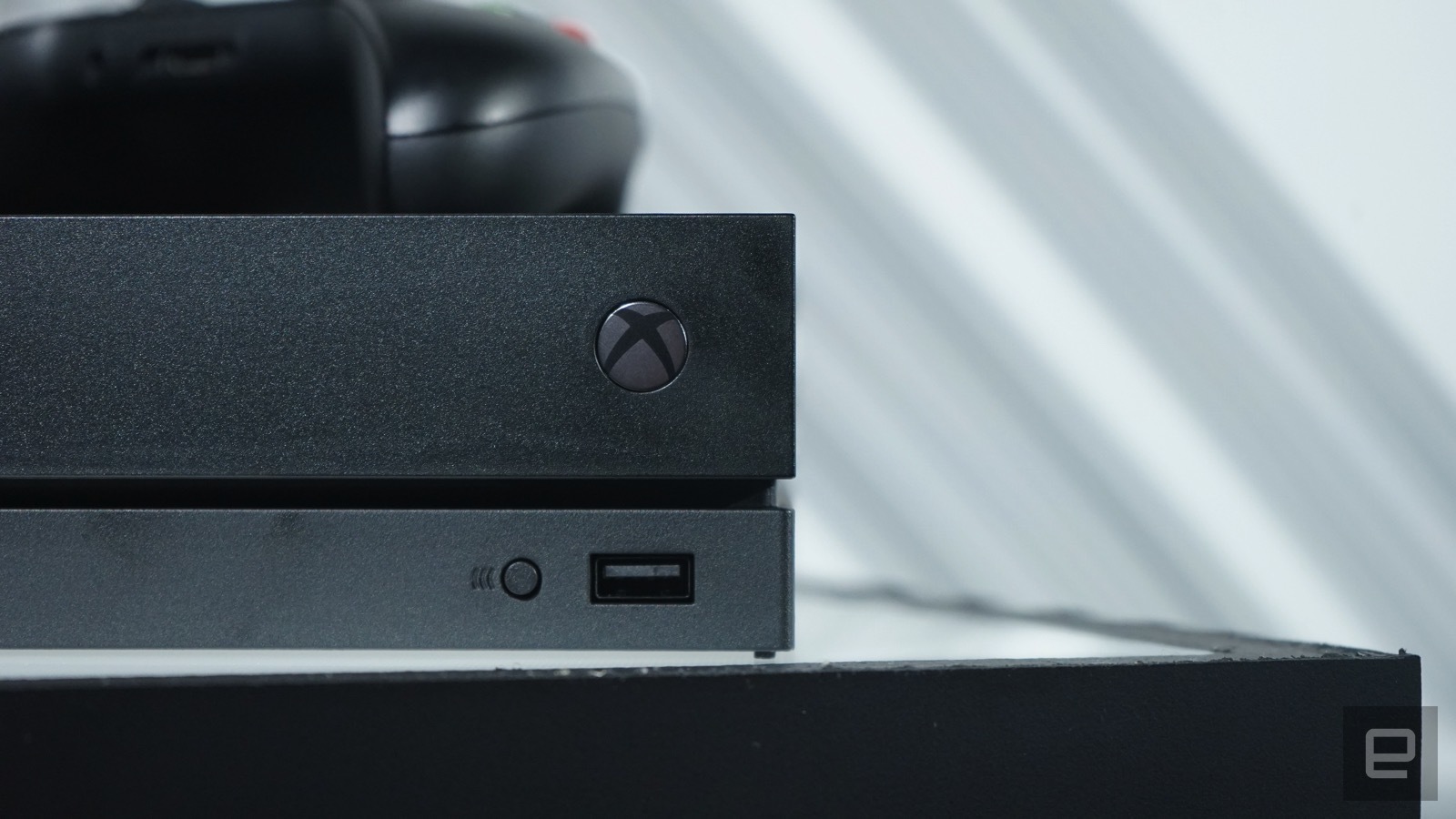 The Xbox One X is aspirational in the purest sense of the word. It's Microsoft's direct response to people saying that the standard Xbox One wasn't powerful enough in comparison to Sony's PlayStation 4. With six teraflops of processing power and a raft of other specs that have already given fanboys plenty to brag about, that's no longer the case. But what's it like to actually play around with the console? Well, I can't tell you. Microsoft's "Xbox One X Experience" at E3 this year was a hands-off theater presentation. The company had mock-up consoles outside its demo area, but inside, everything ran on developer kits. Yes, those really cool looking white boxes with the LCD display on the front of them.