If you like tactical games and you haven't played Door Kickers [
Please, Log in or Register to view URLs content!
], then you're definitely missing out on one of the best of its genre on the App Store. And, if all goes well, we'll be getting an even better sequel in a few months time. First thing first, though. Door Kickers is a tactical turn-based/real-time game where you control a group of SWAT members in a variety of missions and campaigns. I really enjoyed playing the game, but if there was one drawback, it was the relative lack of environment variety and slightly conservative take on tactics (which made perfect sense in what is a simulation of SWAT actions). 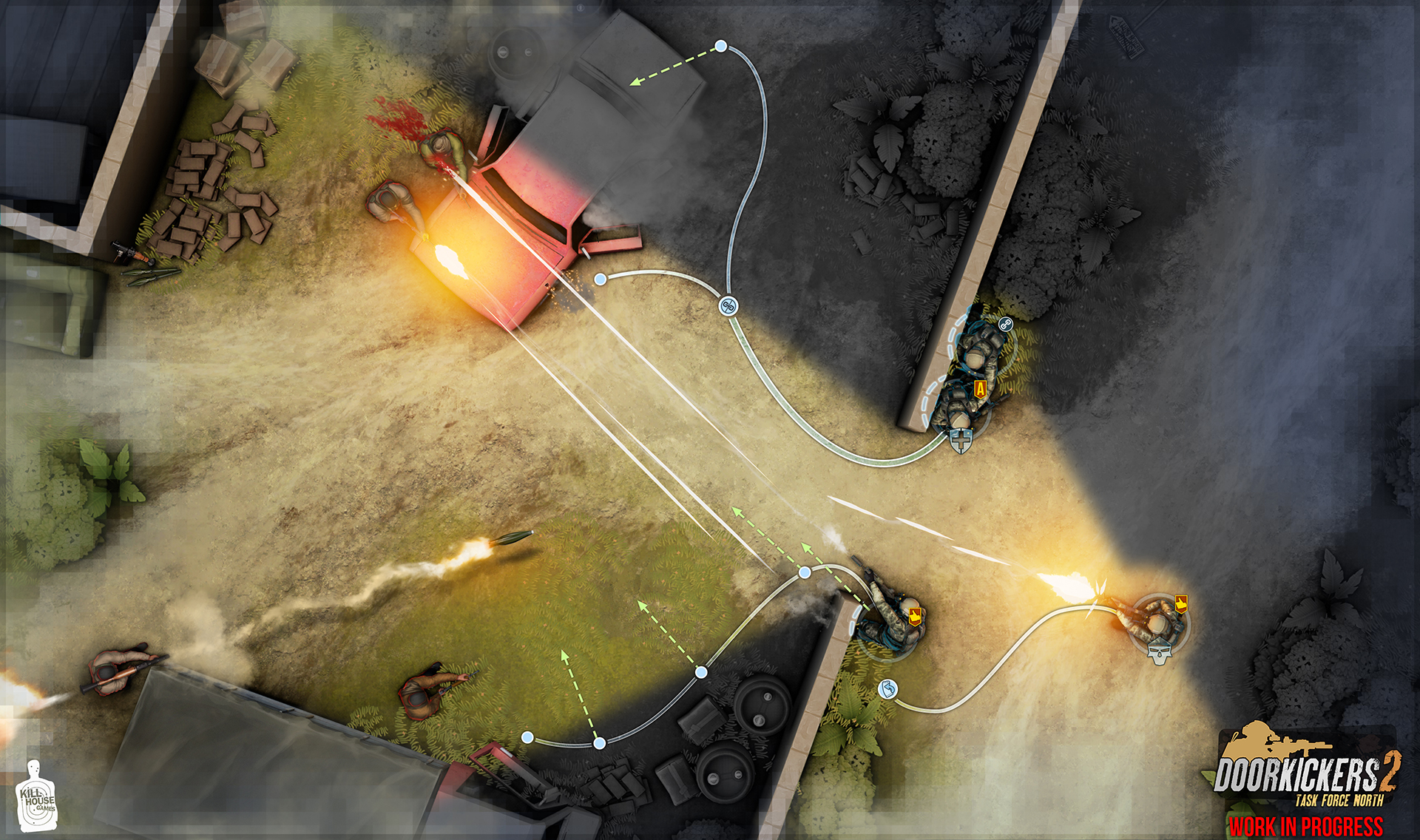 Developer KillHouse Games seems to agree with me since the upcoming sequel to Door Kickers tosses the SWAT manual out the window and goes for something more interesting.
Please, Log in or Register to view URLs content!
takes place in the Middle East with the player no longer controlling police units but, rather, Special Operations Teams fighting an elusive Terrorist Network. No more SWAT shields and tazers, the developers assure us; it's time for beltfed machine guns and frag grenades. You'll be controlling units such as the US Rangers and assets such as drones to take care of business. Unlike the previous game, Door Kickers 2 raises the stakes for the Extraction and Insertion phases and also throws in plenty of civilians to make planning and executing more challenging.


You'll have the option of choosing night ops, and you'll even be able to sneak up on your enemies rather than always going in guns blazing. In what should further enhance the game's tactical options, Door Kickers 2 will allow players to break windows and jump over ledges.The sequel will also add new trooper classes, weapons, tools, and gadgets, as well as Rules of Engagement, and new formations for your troops. The
Please, Log in or Register to view URLs content!
also promises a Cooperative Multiplayer mode - although I don't know whether that mode will make it to the mobile version - and hints at the possibility of Adversarial Multiplayer, too. Exciting stuff, isn't it? The game is still far into the future with the game definitely not coming before the end of 2016. So, excited? I am.

Sony pulls out of PAX East over coronavirus concerns

Jabra Elite 75t vs. Elite Active 75t: Is there a best option?