Please, Log in or Register to view URLs content!
has confirmed that its Xbox Series S and Xbox Series X consoles will launch on 10 November. The former will be priced at £249 (and $299), the latter at £449 ($499). Pre-orders for both will be available from 22 September.

The company was forced to
Please, Log in or Register to view URLs content!
its lower priced Xbox Series S machine on Tuesday after information was leaked on social media. The console will have less powerful specifications than the Xbox Series X but will offer next generation features such as fast load times, high frame rates and real-time ray-tracing. 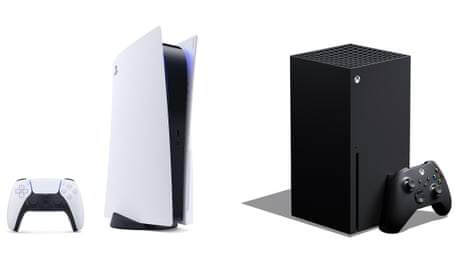 On Wednesday Microsoft announced the Xbox Series X pricing on its
Please, Log in or Register to view URLs content!
. Both machines will be available via the company’s Xbox All Access scheme, which is to provide the machine and access to its monthly video game subscription service, Game Pass, for £28.99 a month over 24 months for Xbox Series X and £20.99 a month for 24 months for Xbox Series S. These deals will be available in the UK only through retailers Game and Smyths.

Microsoft also announced that members of the Electronic Arts subscription service EA Play will be available at no extra cost to Game Pass subscribers, giving unlimited access to 60 EA titles including Fifa 20 and Titanfall 2.

Sony is yet to reveal the price or release date for its rival PlayStation 5 console, which is also launching this winter and will be similarly available in two iterations – one with a disc drive and one without. Nintendo is also rumoured to be revealing a successor to its Switch console.

Most games should run at 60 fps at 4K resolution, but other games may be able to go up to 8K resolution or 120 fps. The console will also support ray tracing, as well as 4K UHD Blu-ray discs.

The Xbox Series X controller
The Xbox Series X will have a slightly upgraded version of the current-gen Xbox Wireless Controller. The new peripheral will feature a dedicated Share button for screenshots and video clips, as well as an improved D-pad, similar to what you'd find on the Xbox Elite Series 2 Controller. Textured dots on the bumpers make them easier to find, while the matte finish on certain buttons makes them more resistant to wear and tear. Like the current Xbox Wireless Controller, the new version will work on Windows PCs as well as mobile phones.

Almost all existing Xbox One accessories will continue to function on the Xbox Series X, so there's no reason to ditch speciality gear that you already own.

Microsoft has confirmed that all existing Xbox One games and accessories will work on Xbox Series X. That includes all of the
Please, Log in or Register to view URLs content!
, as well as the hundreds of Xbox and Xbox 360 titles that are backwards compatible with Xbox One. Microsoft says that backwards compatible titles will enjoy better framerates and resolution on Xbox Series X, all with no extra developer work needed.


There's also the Xbox Series One X's Smart Delivery feature, which Microsoft fully fleshed out in a
Please, Log in or Register to view URLs content!
. This technology ensures that whether you buy a game for Xbox One or Xbox Series X, you'll receive a complimentary copy for the other system. Your save data will sync between all versions of the game, and your system will automatically download and run an optimized build.


Microsoft further explained this feature in a blog post about the "
Please, Log in or Register to view URLs content!
" label. These cross-gen titles will load faster, with better graphics and smoother frame rates, on the Xbox One X as opposed to the Xbox One. A partial list of games is now available on Microsoft's website, and a number of highly anticipated titles, including Assassin's Creed Valhalla and Halo Infinite, have already made the cut.


One ambitious aspect of the Xbox Series X's backwards compatibility is that it may be able to boost old games
Please, Log in or Register to view URLs content!
. A recent Microsoft blog post explained that the Xbox Series X could run certain older games at frame rates up to 120 fps, and resolutions of up to 4K. Considering that many of these games originally maxed out at 30 fps and 1080p, that's a marked difference. Of course, not every game will get this treatment.
You must log in or register to reply here.
Share:
Facebook Twitter Reddit Pinterest Tumblr WhatsApp Email Share Link
Top