I can’t tell you how excited we are to be launching Rogue Trooper Redux on PlayStation 4 today. It’s been a pleasure for us to launch new games like Battlezone for PlayStation VR and Sniper Elite 4, but it’s special bringing a game like Rogue Trooper back.


We can take this cult PlayStation 2 shooter, give it a huge visual overhaul, throw in some neat modern touches and bring Rogue back, not just for fans of the original, but for anyone wanting to take a drop-pod to the blasted wastes of Nu-Earth for the first time.

And with all the new recruits in mind, we wanted to share some high-level intelligence straight from Milli-Com to help you survive the far reaches of the galaxy!

You may be thinking “how complicated can a PS2-era shooter with blue-skinned guys be?” Well, if you’ve played any of our games before, you’ll know we like to get you to think tactically and Rogue Trooper is no exception!

As you progress through the campaign you’ll learn that you can approach missions in very different ways. You can make crucial choices about what you upgrade and what weapons to use – or save – for any given situation. In many ways you can see in Rogue Trooper the roots of our later games, including Sniper Elite 4 and Battlezone for PS VR.

Without further ado, here are our top five tips to help you be the best trooper you can be!


What makes Rogue Trooper so different to many other shooters is that you are effectively a one-man squad. This is because you carry the sentient biochips of your fallen comrades in your equipment, enhancing your combat abilities and arsenal even further (and giving you some sarcastic advice while they’re at it)!

The first biochip you’ll acquire early on in the game is your friend Gunnar, installing him into your GI rifle. He’ll offer you immediate versatility as a sniper rifle, so be sure to take immediate advantage of his gyro-stabilizer functionality, which helps keep your aim steady in sniper mode, even at extreme distances.

There are more biochips and abilities to discover later, but we won’t spoil them here! 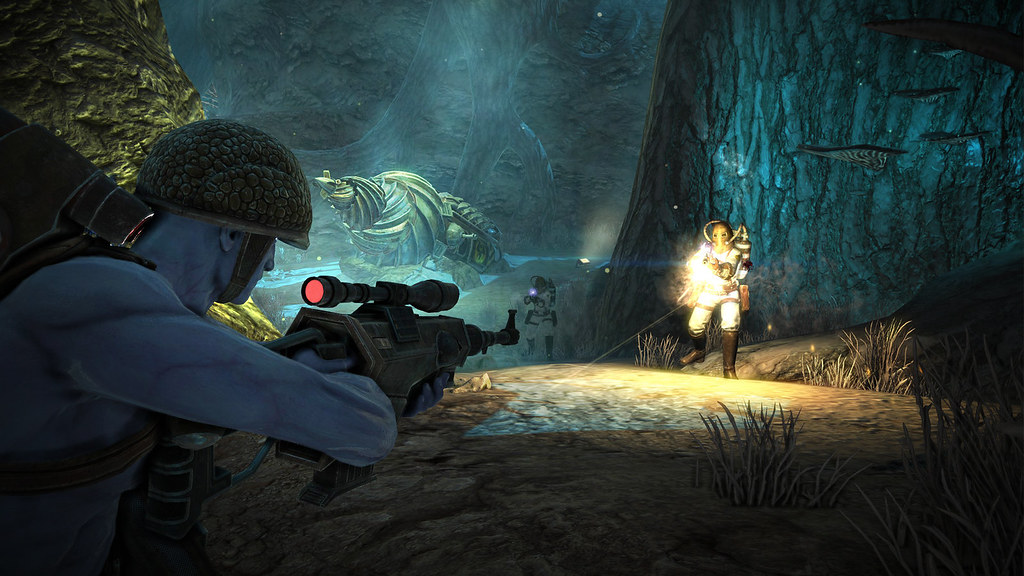 2. How to clear out Nort enemies quickly


There are lots of different ways to take out multiple Nort enemies in one go. You can destroy a fuel tank, setting them all aflame, use one of a wide array of grenades, turn to some of the explosive additional weaponry you acquire later on in the game, or even daisy-chain a line of the sorry souls with your powerful beam rifle.

But one of my favourite ways is to aim for the air tank situated on the back of every Nort which allows them to breathe in Nu-Earth toxic atmosphere. Gunnar will help you aim by highlighting when you’ve got a clean shot at the tank. Make the hit and you’ll get to see the Nort running around in desperate panic for just a few seconds, and then… BOOM! It’s a little cruel admittedly, but it’s undoubtedly effective.

3. Look for gray dots on your radar: there lies salvage


Salvage is essentially your currency in Rogue Trooper Redux. Not only is it a necessity for acquiring vital weapon upgrades such as the Fragment mortar gun and surface-to-air Sammy Launcher, but you also need it to replenish your ammo and explosives stocks!

You can collect salvage from the bodies of fallen enemies (remember: you’ll get more if you stealth kill them), defeated pillbox emplacements and crucially, huge salvage piles hidden in each level which appear as blinking grey dots on your radar.

4. You’ll unlock a sentient sentry gun that can be used for cover or distraction


Yes, you need to spend salvage if you want to obtain more ammo, so you’ll have to be careful about being wasteful with your bullets. But if you do run out of both ammo and salvage, your trusty pistol not only has unlimited ammo, but it does decent damage too.

Later on you can even leave Gunnar on his own as a sentient sentry gun! This makes him a valuable tool for defending chokepoints and causing distractions while you sneak silently behind enemy lines. 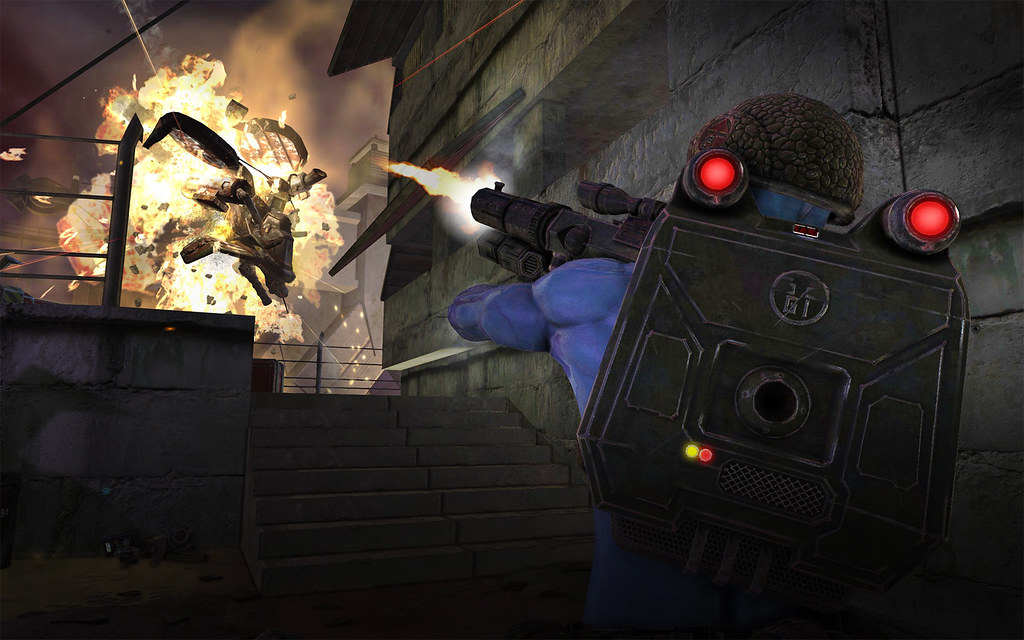 5. The Sammy launcher’s not just an anti-aircraft attachment


You’ll be able to acquire the Sammy Launcher attachment later in the game. It’s perfect for picking off the airborne Hoppas that will rain fire from above, but even returning players may be surprised to learn it’s not just an anti-air weapon. Try experimenting with it – we recommend for starters using it on the Armoured Nort and pillbox enemies. You may be amazed by just how useful a weapon it is!

Hopefully those tips will help you out as you make your way through Rogue Trooper Redux, but most of all, we hope you have an absolute blast playing through it. It’s been a labour of love for us and our friends at TickTock Games to bring this cult classic back, and we’re delighted to be able to deliver the game once more to the PlayStation audience.

And we couldn’t have done it without the support of fans, so a big thank you to you guys too. We’ll see you all on the battlefield! Be sure to get in touch and let us know how you’re getting on – you’ll find us on Twitter over at @Rebellion and @RogueTrooper.

The post Your 5-step guide to surviving Nu-Earth in remastered sci-fi shooter Rogue Trooper Redux, out today on PS4 appeared first on PlayStation.Blog.Europe.